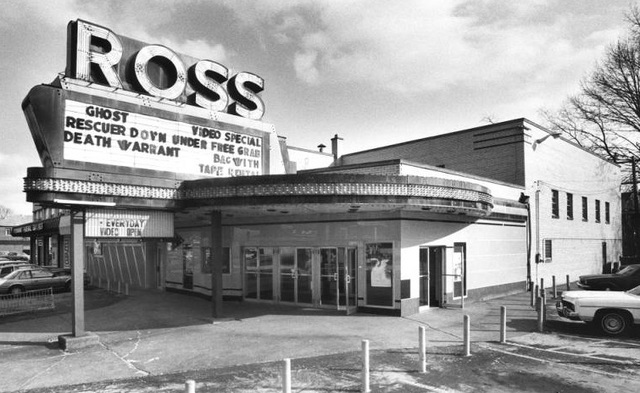 In the 80’s, The Ross was THE place to go see the Rocky Horror Picture Show and/or The Wall midnight on Saturdays. Many fun times!

A photo of the Ross Theatre’s auditorium appeared in a May 6, 1950, Boxoffice article about theater seating.

The Ross Theatre was built by Will Ross, an Evansville builder and real estate developer. The July 17, 1948, issue of Boxoffice reported that Settos Theatre Company had taken a twenty-year lease on the house, then under construction.

The Ross Theatre opened at Christmas, 1949, according to a Boxoffice item of August 26, 1950. After less than a year of operation by the Settos chain, Will Ross, dissatisfied with Settos management, arranged to have the lease transferred to the local Premier circuit, operated by Isadore and Jesse Fine. This item said that the Ross had 1,006 seats, including those in the cry room.

Premier operated the Ross for quite some time, but by 1965 the house, along with the Washington Theatre and the Family Drive-In were being operated by Cinema Theatres, a local company headed by Ted Graulich. In 1971, as reported in the March 15 issue of Boxoffice, all three theaters were renamed, The Ross becoming the Cinema 1. In the issue of February 26, 1973, Boxoffice reported that all three theaters were having their original names restored to prevent confusion with a twin Cinema 1 and Cinema 2 which had opened in Evansville. The Ross Theatre was then to be called Ross-Cinema 1.

Here is an updated link to the page with the photo of the Ross Theatre’s auditorium in Boxoffice of May 6, 1950.

The adddress for the Ross Theatre was 1950 Washington Ave., Evansville, IN 47714 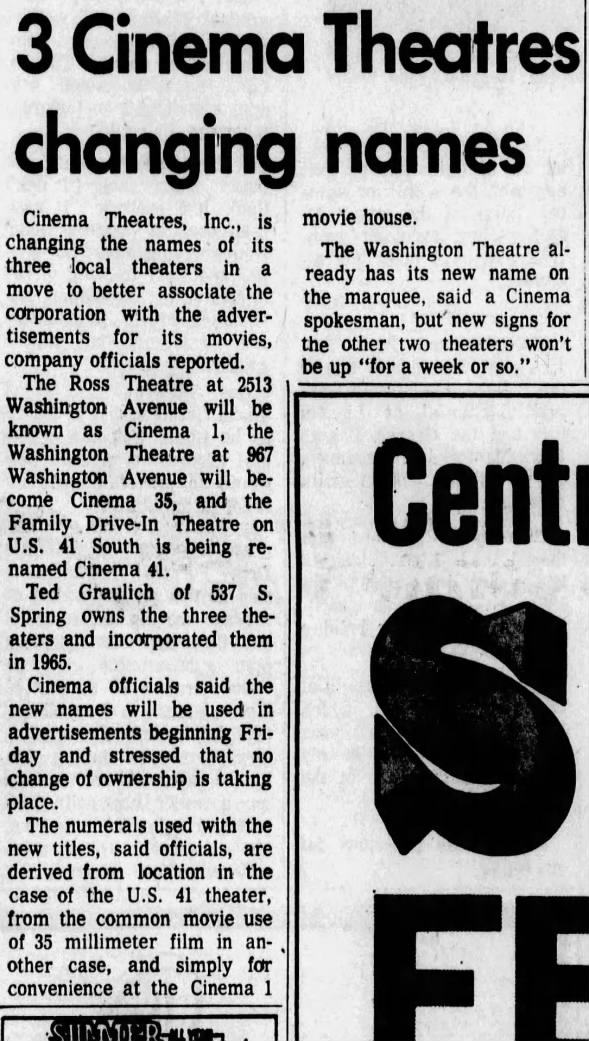 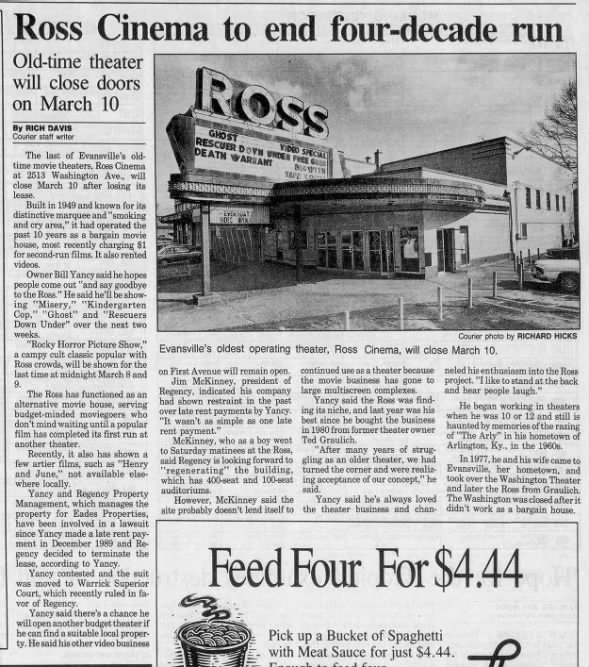