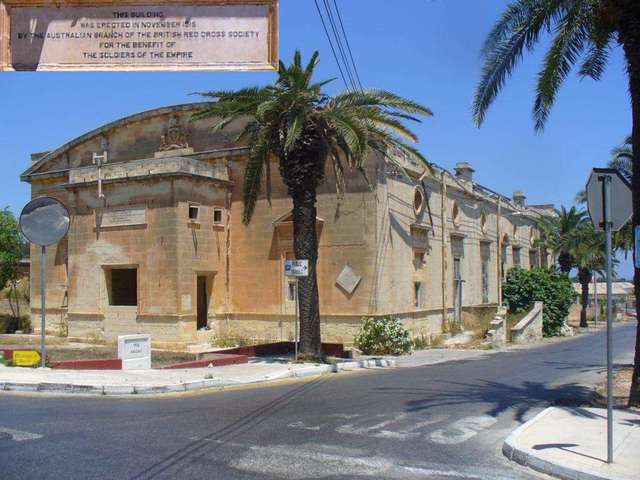 The Australia Hall was opened in 1915 for the benefit of the servicemen stationed at Pembroke Barracks. It was erected by the Australian Branch of the British Red Cross Society, and was a simple yet elegant Edwardian flat floored hall. It was equipped from the start with a projection box, also a full stage with an orchestra pit and dressing rooms below.

There were two entrances to the hall, which did not appear to have had a balcony, the main one on the far side of the hall, with a smaller entrance under the projection box. Above the box is a carved stone Australian coat of arms.

The Australia Hall lasted well but closed down (I am told) in the mid 1990’s. A fire destroyed the barrel vaulted roof circa 2000 but the sturdy stone walls survive intact.

There are currently plans afoot to restore the hall, the proposals being either as a community centre (including possible stage and film usage) or as a supermarket. I would be willing to bet that commercialism wins!