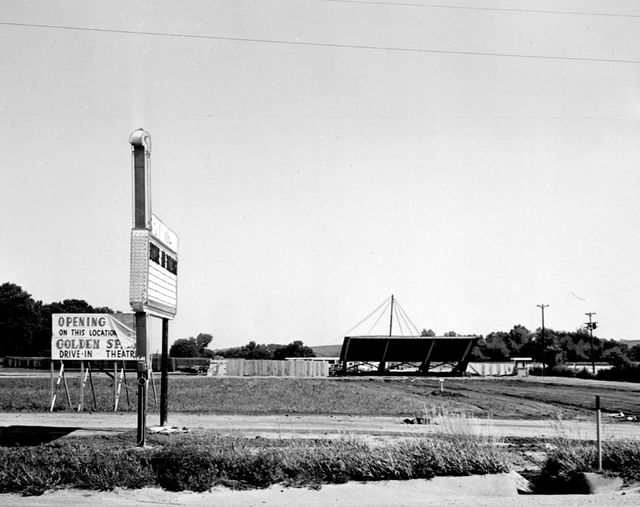 The Golden Spike Drive-In was opened on August 22, 1952 with Kathryn Grayson in “Showboat” & Raymond Walburn in “Father Makes Good”. It was closed in 1985.

The location is now home to Miracle Hills Shopping Center, an outdoor mall.

This drive in was opened in 1955. It closed in 1985. It had one screen and it was located at 114 & West Dodge Road.It was the farthest west the cars cruising would go. People would hang out at the Burger King across the street, and we would walk through the drive-thru between pictures. One time they wouldn’t serve us; they said it a DRIVE-thru. We just told them we lost the car.

Loved this drive-in, saw loads of horror movies back in 1979-1980 here. Dawn of the dead being the most memorable :)

Openeed with a colour cartoon(not named), and “Showboat” and “Father makes good”. Closed in 1985. Is the name Golden Spike have anything to do with the Transcontinental train line?

Exactly. Omaha is the home of Union Pacific Railroad, ½ of the team to build it. Also, this section of West Dodge Road was originally was part of the Old Lincoln Highway, one of the earliest transcontinental highways.