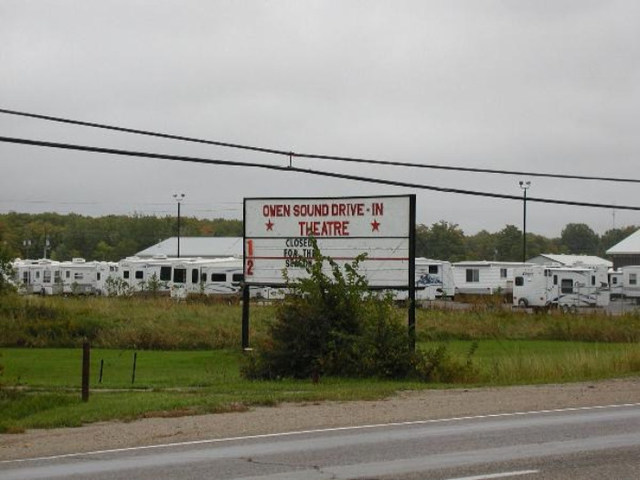 Owen Sound Drive-In was opened on June 27, 1950 with Jack Carson in “Two Guys from Texas”. It had room for approximately 700 cars. It showed double features and was operated by Stinson Theatres. In later years a second screen was added.Keppel Townline, It was closed in spring of 2018 and the screens were demolished on April 9, 2018.

Used to be part of Stinson Theatres. Is this chain still operating?

It does not seem to be; Imagine Cinemas picked up their former Cinema 6 location in Timmins, the former Stinson location in Chatham is closed and for sale, and the Owen Sound Drive-in now appears to be an independent. The official website is: http://owensounddrivein.ca/site/

A TripAdvisor photo shows “Since 1950” written on the wall there.

A very brief data dump from the Motion Picture Almanacs:

The Owen Sound Sun Times reported in 2012 that it was sold to a neighbor who mainly wanted the adjoining land, but who was going to lease the drive-in for five years to the previous owner.

The marquee has been improved, as seen in this 2016 YouTube video

Unfortunately, the drive-in has now permanently closed and the screens were torn down yesterday: http://923thedock.com/owen-sound-twin-drive-torn/ 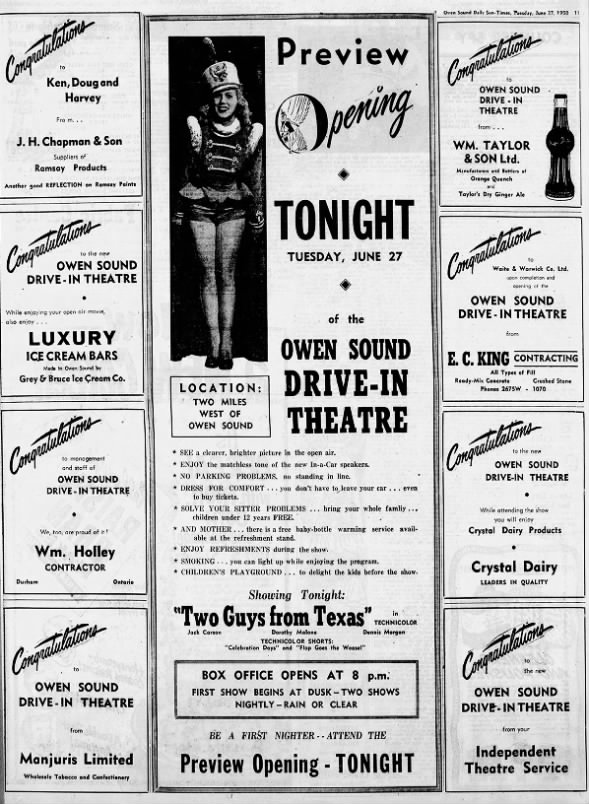 This address will take you to the old entrance where the ticket booths once stood. Although the new entrance to the property is a little east of this location.