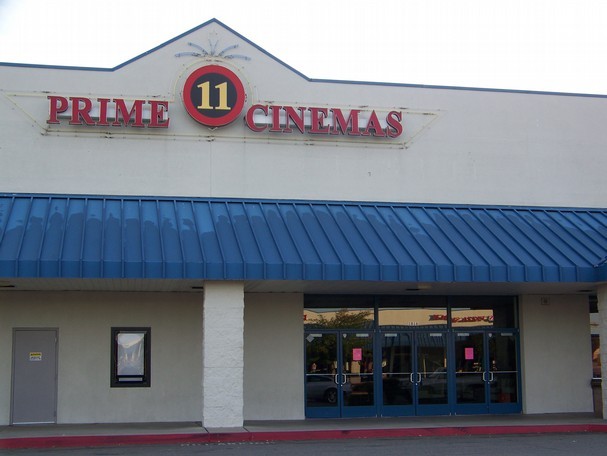 The Prime 11 Cinemas opened in May 2006, this 11-screen multiplex was operated by the independent Prime Cinemas chain. It was closed suddenly on October 20, 2011, due to the operators failing to pay owed back rent.

Reopened on December 23, 2011 as the Valley 11 Cinemas, operated by Caspar Management. By 2018 it was operated by Reel Theatres.

Built in former retail space in an outlet mall, Prime 11 Cinemas opened on May 5, 2006. It was the first movie theatre to operate in Anderson since the closing of the Gateway Theater in 1996. I recall reading somewhere online that it had a total of only around 1000 seats in its 11 auditoriums, but I’ve been unable to track down the source.

There was also an even earlier movie house in Anderson called the Valley Theatre, which was closed sometime before I first saw it around 1970.

The Valley reopened in 1963 after being closed for three years. It then apparently closed again before 1970. Joe, you might want to add this as a new theater.

This theater is scheduled to reopen on Dec. 23, 2011 and will then be known as the Valley 11 Cinemas and be operated by Caspar Management:

Horrible popcorn. Small, loud, paper bags that destracted from the movie. Small sodas that were mostly ice. NO REFILLS. So disappointing. Will be going back to Redding.