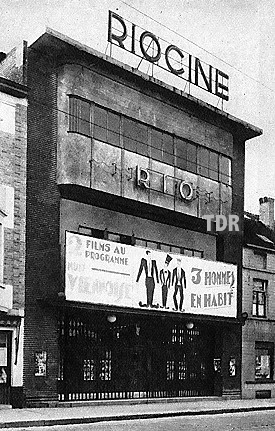 Located in the district of Anderlecht. Screening “De Raad la Roue”, it opened in 1933 under the direction of Franois Van Damme who owned the Lido, Nova and Vaillance cinemas in Anderlecht, the Cinemax in Brussels center and the Louise Cinema in the district of Ixelles.

In the 1950’s it was over taken by his widow who was also operating the Star Cinema in Brussels centre and the Pax Cinema in Molenbeek district. It was then two programs a week, two films on each programme. In the 1970’s it was open only 3 days a week until its end in 1973. It now a bank office of Fortis.