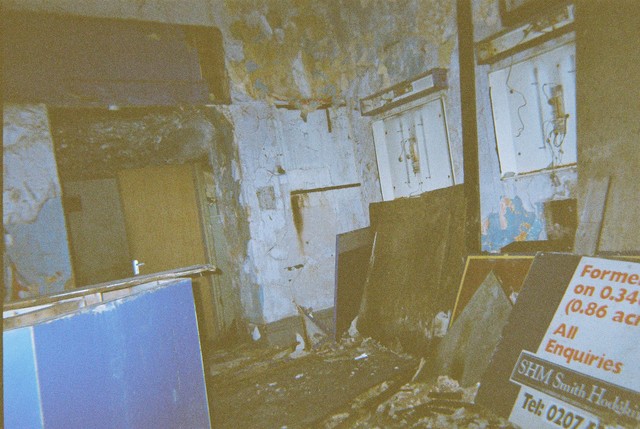 Originally planned as the Astoria Cinema, it was taken over during construction by the County Cinemas circuit and opened on 27th August 1932 as the Regal Cinema. Designed by noted Birmingham based architect Harold Seymour Scott, it had seating in stalls and circle. An added attraction was the Regal café.

In the Spring of 1937, County Cinemas were taken over by Oscar Deutsch’s Odeon Theatres Ltd. In 1946, it was re-named Odeon. In October 1967, the Odeon Camberley was one of 40 Odeon cinemas that were sold to the Classic Cinemas chain, and the name was changed to Classic.

The Classic Cinema was tripled in 1973, with the former circle converted into screen 1 with 358 seats and two screens located in an extension of the front of the circle with seating for 155 and 131. A Vogue Bingo Club occupied the former stalls area. This area was later converted into a snooker club.

The Classic Cinemas chain was sold to the Cannon Group in May 1982 and it was re-named Cannon, being re-furbished in 1983. The Cannon closed on 17th February 1994 and re-opened the following day as part of the independent Robins Cinemas chain, re-named Robins Cinema. There were now 420 seats in the former circle screen and and 114 and 94 seats in the other two screens.

The Robins Cinema was closed on 17th July 2003, and the snooker club was suddenly closed in February 2006. The building sat empty, awaiting its fate which came in June 2013, when demolition began.

I did some projection relief here in its CANNON days. Screens 2 & 3 were not in the stalls, but in front of screen 1 (the old circle) with there own projection room. Access was via a new corridor down the right hand side of the old circle. The original decoration was still visible on the outside wall. The fire exit from these screens went down onto the old stage. The snooker club occupied the old stalls area. There was a (staff only) door from the cinema foyer into the snooker club. Canâ€™t think of where the old cafÃ© could be. If I remember correctly, the foyer & public areas once past the main foyer were quite small. A rarely seen oddity in the original projection room (now serving screen 1) was a small room to the right of the projection room with a large port window and speaker for viewing films in the auditoria. I have heard of these, but have not seen another one since then. Projectors were Westar 2001, ORC lamphouses, Westrex towers and Westrex 5009A amplifiers.

It’s fate is now sealed. The demolition men have moved in.

Upon conversion to a triple by Classic, the stalls area became a Vogue Bingo Club, the snooker club came later when the bingo operation ceased.