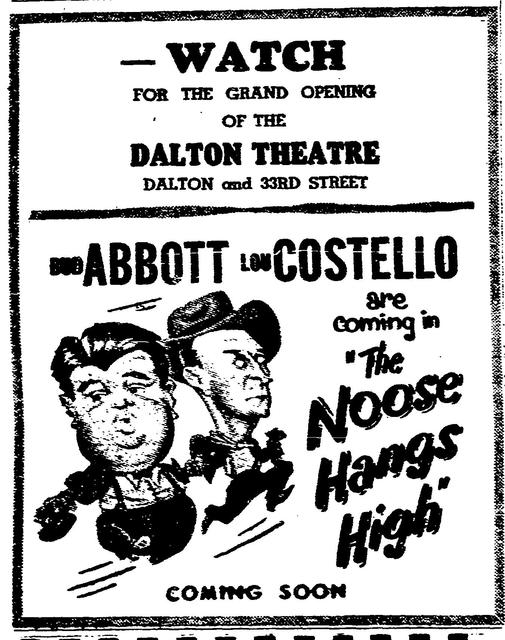 Opened around 1949-1950. I don’t remember much about this theatre apart from the fact it was located at Arcadian Thruway.

There is only a slab left now.

This one was a neighborhood theater that ran a lot of double and triple features throughout the 1960’s and early 1970’s. In 1973, it came under management of a local circuit that focused on black-oriented films, martial arts, horror and sci-fi. Local showman Fred Williams premiered a film that he produced there that year entitled “Brother On The Run.” It operated until the end of the 70s (possibly early 80s). It was vacant by 1984.

A picture of the theater after closing: View link

The owner of the Dalton Theater had a huge poster collection by 1973 dating back to the early 1930’s. That collection today would be worth a ton of money as he even had the super large wall posters, that where normally posted on the side of the theaters. The Dalton was still open in 1980/81 range when I moved to Brookhaven.