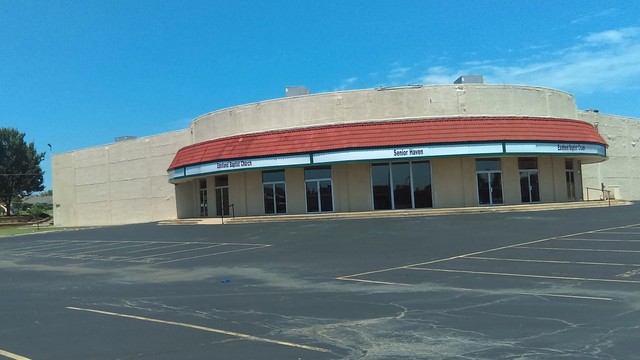 The Plaza 3 Theatre opened March 30, 1973 and closed in 1987. It was owned by Eastland Baptist Church who leased it to Plainview Baptist Church. By 2017 it had been demolished.

The Plaza 3 was opened by Family Theatres on March 30, 1973, according to the April 16 issue of Boxoffice. The three auditoriums had a total of 1,800 seats. Unlike most multiplexes, the Plaza 3 had separate concession stands and sets of restrooms for each auditorium.

At that time Family Theatres also operated the Bowman Twin, Park Lane, Circle, and Rialto Theatres in Tulsa, along with three drive-ins, plus twin theaters in Oklahoma City and Bartlesville. Mrs. Marjorie Snyder was the president of the company.