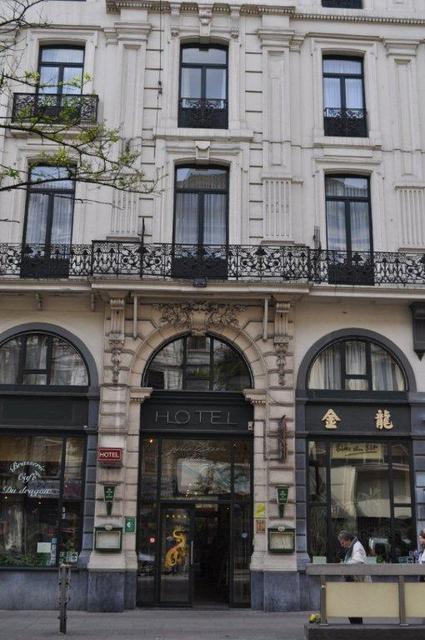 Opened in the 1910’s, before World War I, this cinema had a lot of different names; Theatre Pathe, Pathe Nord, Splendid Cinema in 1932, Cineac, a newreel cinema like the Cinemonde Cine, and actual Porte de Namur. In the mid-1930’s the Cineac chain opened the Cineac Centre which became more quickly a second run cinema. This Cineac became the Cineac Nord and was the last to operate with a newreel programming into the mid-1950’s, and the arrival of television in Belgium in 1954.

It then became like the other Cineac cinemas, more a second or third run cinema. In the 1970’s, it became an adult X movie cinema and a triplex. It was located directly opposite the ABC Cinema (also an adult cinema). In 1980 it became Cine Nord until its closing in 1993.

In 2010, the facade and long narrow entrance still exists, but the auditorium at the rear has been demolished and a new building houses a Japanese retail shop.