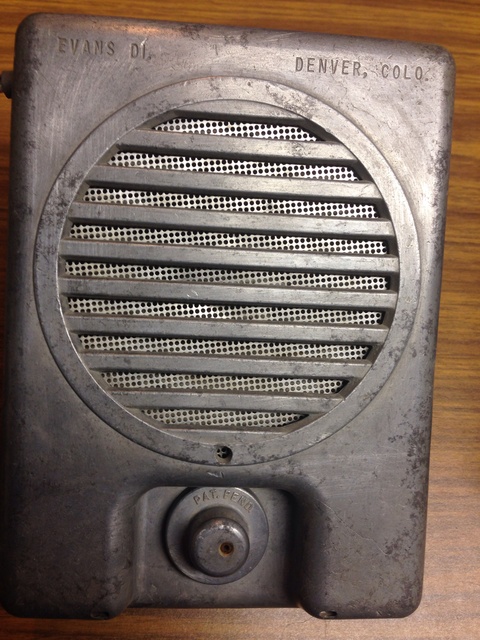 This drive-in was built in 1954 By longtime Colorado theater owners/operators R.L. (Mickey) and Ola Stanger. It was known as the Evans Walk-In/Drive-In due to the fact that there was a building off the concession stand that had about 50 theater seats, speakers and a large picture window facing the screen so that customers could watch the features even if they did not have a car. The screen faced away from West Evans Avenue. A King Soopers now sits on the site. The Stangers owned the property from the very beginning until it was sold to King Soopers. They operated the theater from 1954 until 1969 when they moved to Estes Park to run the drive-in up there that they had recently purchased (and later The Park Theatre as well) at which point they leased The Evans out. The popcorn machine that was purchased new for the drive-in in 1954 was later moved up to The Park Theatre in Estes Park where it still serves to this day. I will try to get some more details such as the year of the closing and demolition.

The drive-in ran year round for at least part of (if not all) its life. In car heaters could be borrowed from the concession stand, hung from one’s window and plugged into the speaker poll.

The walk-in section of the Evans Drive-In had 65 seats, according to this article in Boxoffice of July 19, 1965. In 1965, the Evans installed a system allowing patrons to receive the movie’s sound track through their car or portable radios instead of wired speakers.

The sound system was provided by a Wheatland, Colorado-based company called Minicast Corp., and must have been one of the earlier instances of the use of low-power radio for sound at drive-ins. It used an AM frequency rather than the FM which later became common for this purpose. The article mentions that operator R.L. Stanger had designed the Evans Drive-In himself.

It was run under the West Evans AmusementCorp.in 1956.

The Evans drive-in opened 8/11/54. I am putting together a series of books about the Denver area’s drive-ins and indoor theatres. If anyone has questions on the subject, please feel free to contact me at and I’ll be happy to share my research with you. I have dozens of theatre and drive-in photos from the years gone by, but I am still searching for a shot of the marquee of the Evans. Thanks – Ken Mitchell

The topo map at Historic Aerials still shows the Evans there in 1973, but gone in 1980, replaced by the strip-mall buildings that are still there.

Once again, the Motion Picture Almanac was a little slow in noticing that one of its drive-ins was gone. ;–)

Boxoffice, Feb. 14, 1977: “De Lux Theatres, owned by Frank B. McLaughlin, has taken over the 600-car Evans Drive-In in the southwest part of the city from Cooper-Highland Theatres. … Admission at the Evans is pegged at $1 per carload, with three features screened at each show.”