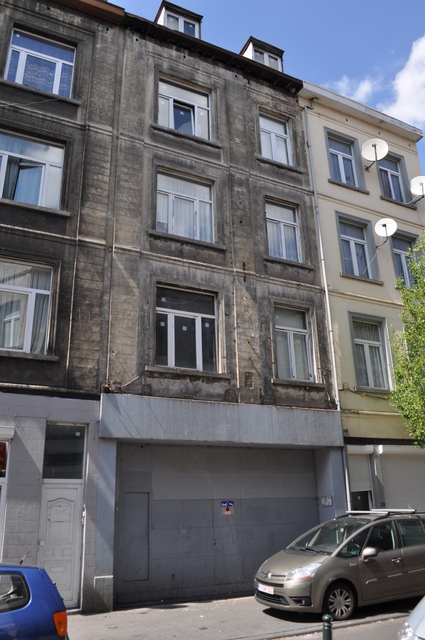 Located in the Rue Ransfort in Molenbeek district, there were a theatre, dance hall behind a cafe called Salle des 1,000 Colonnnes. In 1950 it became a full time cinema first called Milco(an abreviation of Mille Colonnes), and one year later was renamed Ideal Cinema. It was under the same management as the Aiglon Cinema(former Tokyo)in Ixelles and Eden Cinema in Molenbeek. The programming was interesting for young people at the time like Jacques Becker’s “Rendez vous de Juillet”, in December 1956 “Rock Around the Clock” in the same week as the Century Cinema in Saint Josse. “Loving You” in March 1958, “Mister Rock and Roll” an Alan Freed movie and Marcel Carn’s masterpiece “Les Tricheurs”(The Cheaters).

In the 1960’s, like the Eden Cinema it became specialised in more adult movies, then X rated films, and closed in 1967. It was taken over by Morrocan emmigrants screening Morrocan films until 1968.