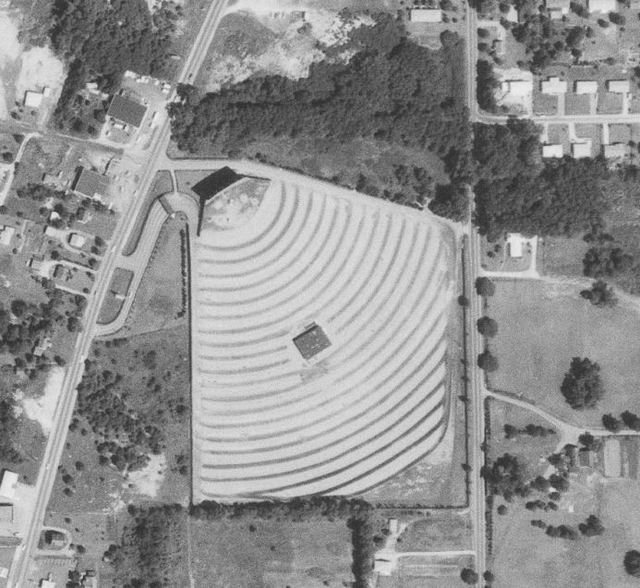 The Summit Drive-In opened July 6, 1956 screening the 1956 adventure/western “Mohawk” with Scott Brady, Rital Gam and Neville Brand. Second feature was the 1956 drama “Battle Stations” with John Lund and William Bendix. The midnight show was the 1955 crime/mystery “Kiss Me Deadly” with Ralph Meeker and Cloris Leachman. The Summit Drive-In was the second airer opened by the Skirball Brothers from Cleveland, OH. who were also operating the Stark Drive-In, Massillon, OH.

On May 25, 1978, the drive-in reopened as the Summit Triple Drive-In. In 1985, a rumour was going on that the owners of the Jack Lees Entertainment complex, had signed a deal to buy the drive-in property. Skirball Investment of Cleveland had discussed a deal with them, but nothing had been signed and no money changed hands, so that never happened.

Skirball Consulting and Investment finally closed the drive-in in September 1988. The Summit Triple Drive-In was demolished and redeveloped into a retail shopping center.

This opened with the largest screen in the state on July 6th, 1956. Its grand opening ad can be found in the photo section.

May 26th, 1978 grand opening ad for three screens also in photo section. It was never a twin drive-in.