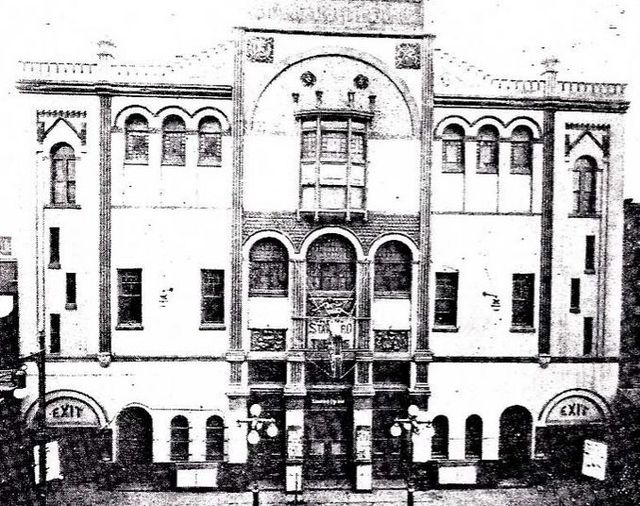 Built in 1889 as a church. It was converted into the Gayety Theater by architects Rowe & Dagit. Later renamed Gibson’s Standard Theater, it was closed in 1935, but later reopened after alterations had been carried out by architect Angus S. Wade. Closed again in 1954 when it suffered hurricane damage, it was demolished soon after.

The former location is now a vacant lot. There is a historical marker at the location which may refer to this theater.

The Temple University site has some photos of damage to the theater after Hurricane Hazel, around 1954. If you look at the Theater of the Living Arts page, I posted the Standard photos a couple of years ago.

We saw that, but there is a sign on the theater that says 11th and South.

Some of confusion is that there were two theatres owned by John T Gibson, which used his name here in Philly. One was the Standard at 1124 South, and one was the Dunbar, which he renamed the Gibson at Lombard and Broad. The 1924 picture, which Ken posted, is of the Dunbar/Gibson on Broad St. Both theatres are an important part of Philadelphia black history.