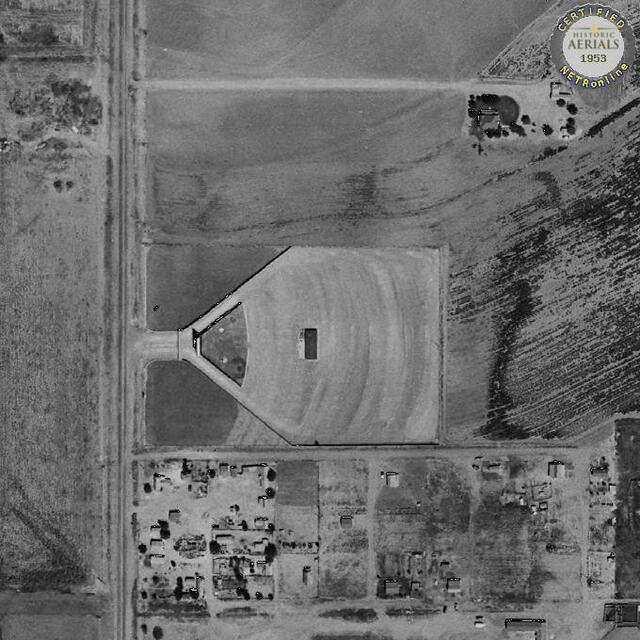 Opened by 1955, the Lynn Family Drive-In; this could mean it was operated by the Lynn family, or that it booked pictures geared to attract a family audience. At any rate, it held a 200 car capacity. It was still open in 1954.

In 1956 there was a Hollis Drive-in run by Watt Long.wonder if it is the same Drive-in?

From the American Institute of Drive-in archaeology database:

Seen on topo map, but not recognizable on satellite picture

Approx. address for this drive-in was 1101 North 8th Street.

Boxoffice ran an obituary for Walter “Watt” Long in its April 18, 1960 issue. “About five years ago he erected the Hollis Drive-In about a mile from the downtown section. About the time he took ill he turned over the two theatre properties (including the indoor Watt) … to his assistant in show business, Raymond Patton, who now operates them.”