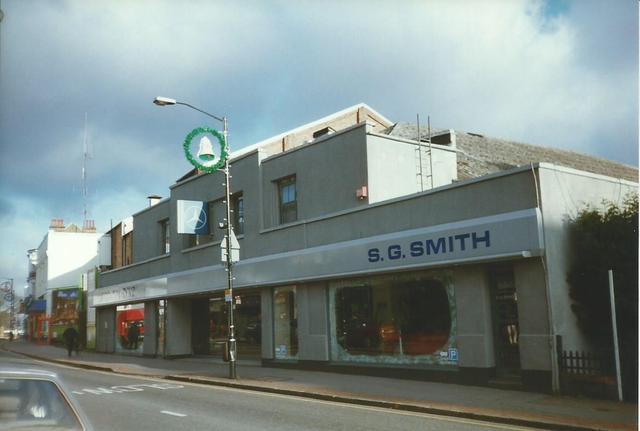 Located in the south London district of Crystal Palace/Upper Norwood. Like the adjacent Rialto/Granada, the Albany Cinema was built by and designed by Australian A.C. Matthews. Seating was provided on a single floor. The Rialto Cinema opened on 18th January 1930 with Dolores Costello in "Glad Rag Doll" and Laura La Plante in "High Society"(Scandal).

It was taken over by Excelsior Cinemas and re-modeled by architect C. Edmund Wilford in 1937, which reduced the seating capacity to 970. Later operated by Medway Cinemas, when World War II began in 1939, it was requisitioned by the Government to be used as a food store, and this use remained until July 1948.

It was acquired by the Granada Theatres Ltd. chain in 1949, and they employed noted cinema architect Geoge Coles to refurbish the building. It re-opened on 26th December 1950 as the Century Cinema. Usually playing 2nd-run releases, it was closed on 30th May 1958 with James Garner in "The Young Invaders"(Darby’s Rangers) and Charles Chaplin in "The Kid".

The building remained empty for a couple of years, then was gutted internally and re-opened as a car showroom for Selhurst Park Garages, later known as S.G. Smith Motors. In 2009 a funeral directors was operating from the building. By November 2013, the building was unused.