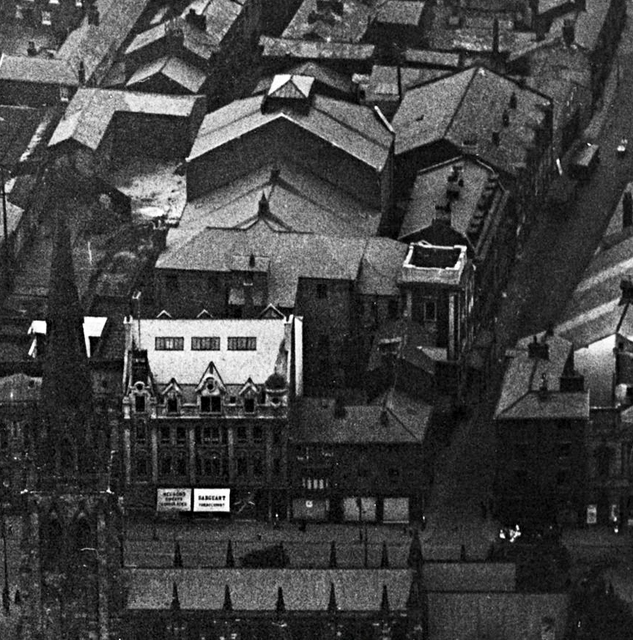 Located on Church Street at the corner of Tithebarn Street, the Empire Theatre opened 22nd May 1911 as a variety theatre. It was equipped to screen Bioscope presentations as part of the programme. Seating was provided for 3,000 in orchestra stalls, circle and gallery levels. The proscenium was 32 feet wide. Owned by Edwin Bush, who was also the architect, as part of the firm Bush, Hope & Tasker. The facade was in Bath stone, and interior was in a Renaissance style of Louis XIV.

The Empire Theatre closed as a live theatre on 27th August 1927, it was the last theatres in Preston to convert to full-time to films. It re-opened as the New Empire Theatre on 11th August 1930, after redecorations and improvements had been carried out. The projection box was located at the rear of the gallery, which was closed to the public, reducing the seating capacity to 1,805. It was operated by the H.D. Moorehouse circuit.

The Empire Cinema staged occasional amateur stage productions from 1962. It screened its last film; Victor Mature in “The Last Frontier” in 1964.

On 13th August 1964, actress Pat Phoenix opened the Empire Bingo Club, which was operated by the Star Cinemas circuit. The Empire Bingo Club was closed in 1974 and the building stood empty for two years. It was demolished in May 1976, and retail outlets were built on the site. These have since been demolished and a shops, flats and office development named Premier House/Empire House were built on the site in 2017.