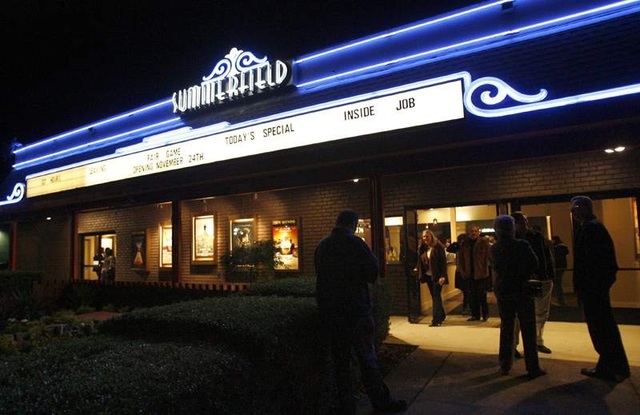 Opened as the Park Cinema I & II on February 7, 1968. It was closed in 1984. It was rebuilt and re-opened as the 5-screen Lakeside Cinemas on March 3, 1989. The Lakeside Cinemas was operated by the independent Rialto Cinemas chain. In the Fall of 2010 it was taken over by Santa Rosa Entertainment Group and renamed Summerfield Cinemas.

The current operator will be losing his lease on this theater as of August 31 to another theater operator in Santa Rosa: View link

This reopened later in 2010 as Summerfield Cinemas.
web: http://summerfieldcinemas.com/

This opened as Park Cinema I & II on February 7th, 1968 and closed down in 1984. It was rebuilt as Lakeside Cinemas and opened on March 3rd, 1989 with five screens. Articles: