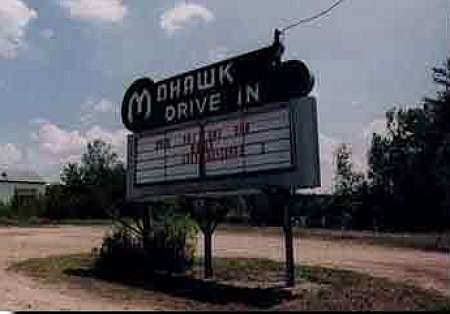 It was right where Mohawk Dr. is now.

I’d be willing to bet the new housing subdivision named the street after the drive-in. There was no street there while the drive-in was open.

This was last owned by David Fedeli, who also owns the Tri-Town Drive-In in Lunenberg, along with a pair of independant multi-plexes. He was also the last owner of the Whalom Drive in.

This is a pretty interesting article. It give a pretty good history of the Fedeli family’s involvement in the theater business over the last, oh, 80 years or so.

The article was written almost 3 years ago, and the drive-in is still open today. So wonder what happened in the time since the article has been written?

Here’s an update, not sure of the date of this article however….

In September of ‘84, the Drive-In recieved national attention and mention in several leading newspapers across the country. An all-night movie marathon ended in destruction when a large group of around a hundred teens began to riot. Some of the movies being shown that night were 'Rocky III’ ‘The Waitresses’ and ‘Reckless.’

The drive-in theatre was at near capacity that night, with nearly 2,000 people in attendance. The unruly group began to light bonfires and throw bottles at patrons. Police and firefighters were called in, several law enforcement officers were hurt during the incident and the fence bordering the drive-in was knocked down when a teen made an unsuccessful attempt to elude officers.