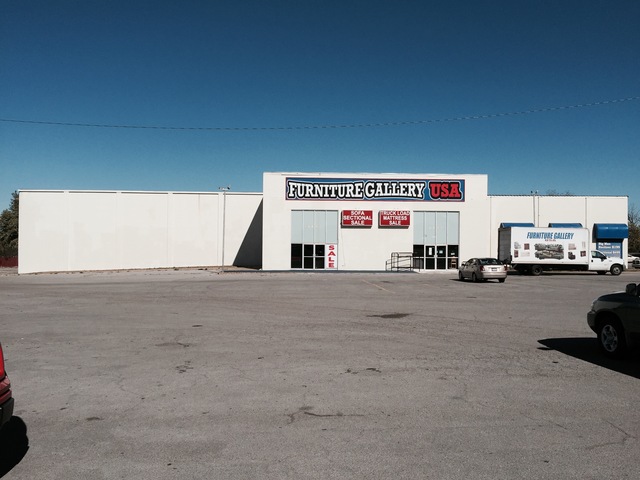 Opened on October 3, 1969 with Dean Jones in “The Love Bug” & Cliff Richard in “Two a Penny”. The Apollo Twin had around 600 seats in each screen. It was operated by United Artists and Commonwealth Amusements. It was closed on December 31, 1989.

Affirmative, Stagehandguy – the two rooms were nearly identical and had around 600 seats each, with very large screens. My memory is faulty here, but I don’t believe it was a stereo sound setup; there were curtains (which we never utilized). The auditoriums had separate projection booths – offices were in between.

The Apollo was my first managerial assignment for Commonwealth Theaters in Oklahoma City. The Commonwealth city manager’s office was located upstairs along with the projection booths and the manager’s office – it was crowded! All the local advertising and marketing materials prep was handled there (loads of old movie pressbooks overflowed from file cabinets – how I wish I grabbed a few of those!). And the local theater managers made a weekly stop-in to deliver paperwork, pick up memos, etc (remember, this is pre-computer days (Commonwealth was cheap) – no internet, no faxes, all accounting at the theater level done with pencil and paper and a checkbook for each location.

I was there when we had really big hits (like Beverly Hills Cop), but mainly we played lots forgotten exploitation titles (like Hollywood Vice Squad, Night Patrol, Chuck Norris films from Cannon Studios, owners of Commonwealth at one point). During my tenure, the original 18x36 poster frames were replaced with snap-lock one-sheet cases. In turn, when those were replaced with lighted one-sheet holders, I managed to acquire the older one sheet frames, which now adorn my office at work. So a little of the Apollo continues with me to this day.

At one point the theater was converted into a shooting range. Looking today on Google Earth, it appears the building is still there and serving some business function – furniture showroom as listed above?

Unfortunately, I never took any photos of the Apollo, or many of the other dead theaters I managed – French Market Twin, Shepherd Twin, Reding 4 while they were in operation. I do have a few pics of the Heritage Plaza 5 and Almonte 6 (two other locations I managed) available through this site.

I don’t know if this theater actually is a CINEMA TREASURE… But growing up in Mid-Del area in the 80’s-90’s I have fond memories of this concrete block box of a theater. I want to say I saw one of the Star Wars movies here. So I guess it is a Treasure to me. I even liked it as a shooting range! New to adding theaters and all but if you know the address of the Mall part of heritage park theater I would add this one too Kevin. Another theater not all that Treasure like but I saw alot of flicks there as well.

This theatre is a CINEMA TREASURE,stagehandguy.Mike Local 629.

Visited the former Apollo Twin theater on November 12, 2015. Currently the home of a furniture store, the old theatre’s lobby brought back memories, looking much as it did when I was the manager there in the mid-1980s. Not much else would give you a clue that it was a movie house in another time. But I’m glad the building is still in use. New pictures posted in the photo section.

Saw WAIT UNTIL DARK here one Saturday afternoon around 1971, they allowed the young viewers at an separately-programmed morning matinee to stay over and watch it. At the climax when Alan Arkin leaped out of the shadows to grab Audrey Hepburn about 300 kids & teenagers screamed and literally jumped out of their chairs.

This opened on October 3rd, 1969. Grand opening ad in the photo section.

United Artists closed the Apollo Twin at the end of a 20-year lease on December 31, 1989 with two sub-run $1 discount showings of “Parenthood” and “Indiana Jones and the Last Crusade.”