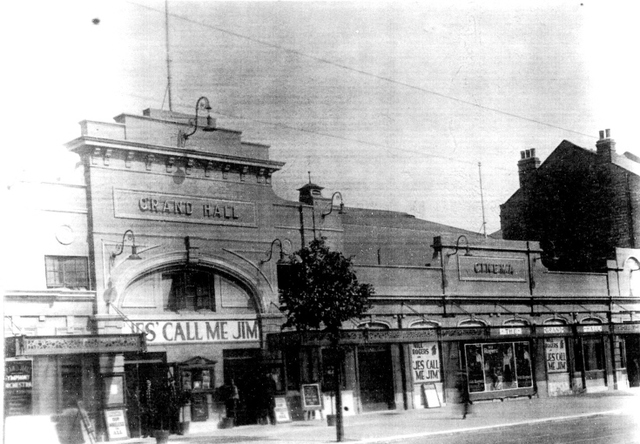 Located on the Great North Road at Tally Ho! Corner. The Grand Hall Cinema was open by 1912 when it had a seating capacity of 550 and was operated by Ashby’s New Halls Ltd. It became part of the National Electric circuit.

In March 1928, it was taken over by the Denman/Gaumont Theatres chain. The Grand Hall Cinema was closed in around 1936, and was demolished in the early-1950’s.