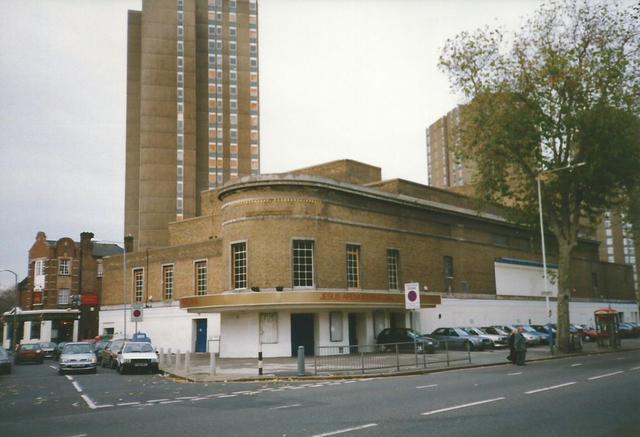 Located on the corner of Kennington Road and Black Prince Road. The Regal Cinema was opened on 17th November 1937 with Ruby Keeler in "Ready, Willing and Able" and Ralph Reader in "The Gang Show" plus variety actos on the stage. It was built for and operated by an independent operator, Arthur O'Connor Cinemas. Seating was provided in stalls and circle levels, and it was equipped with a 2Manual Le Fluer (Hammond electronic) organ, which was opened by organist Stanley Miller. It was closed in the early part of World War II in Autumn 1940, due to the heavy bombing on London. It was re-opened on 18th May 1941.

The Regal Cinema was taken over by the Granada Theatres Ltd. chain from May 1948. It was re-named Granada on 3rd January 1949. The Granada was closed on 15th July 1961 with Kenneth More in "Genevieve" and Dirk Bogarde in "Doctor At Large".

From October 1961, it was converted into a Granada Bingo Club, with wrestling on some nights a week, later going to full time bingo. In May 1961 it became a Gala Bingo Club which was closed on 9th March 1997. The building was added to a local conservation area, and was taken over by a church in 1998. They moved out of the building in around 2003, as planning permission had been granted in October 2001, to demolish the auditorium and build a block of 62 flats on the site, retaining the original cinema entrance and façade to be used as a Tesco Express supermarket. It was demolished in July-October 2004.

Some photographs and more details on the Regal Cinema/Granada:
http://www.urban75.org/brixton/history/regal.html

The entrance area is now used as a Tesco Express supermarket.