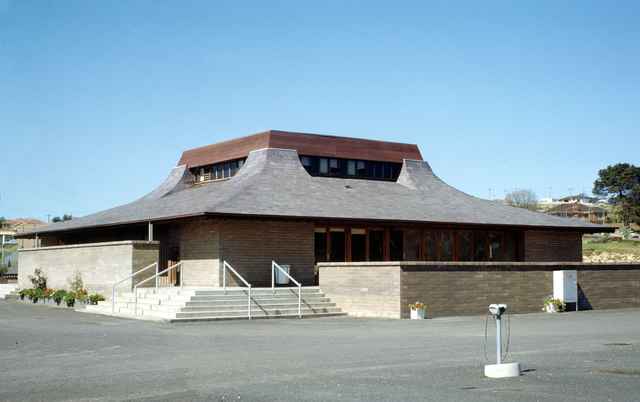 Located in Bulleen near Doncaster, in the far north east suburbs of Melbourne. Hoyts Bulleen Drive-In opened on 25th March 1965 with a capacity for 754 cars. Designed by architect Peter Muller, of the architectural firm Peter Muller, the projection box was located on top of the concession building.

Later re-named Doncaster Drive-In, it was closed on 22nd September 1984. Since then the site has remained empty and unused, with the building falling into a state of decay.

Located in the suburb of Bulleen, Hoyts changed the name to Doncaster – in actual fact a few suburbs away, when the new Eastern Freeway opened and terminated at Doncaster. It was hoped that a new Freeway access would help attendances. Throughout its short life this drive-in was plagued with the constant problem of fog. Constructed on low-lying ground virtually on the banks of the Yarra river, the rolling foggy conditions were impossible to control.

Imagine buliding a drive in at a foggy area?

The Doncaster Drive-in was on Bulleen Street. The entrance was on Greenway Street, and the exit on Bulleen Street( almost opposite Avon Street). The Ramps and entrance and exit roads are still there, and also the ruins of the snack bar(and bio box?). There was plans to reopen the drive-in in(1991 or 1992?).

The fence and entrance(and exit?) gate/s, and the posts of the screen or sign/s(near the entrance gate) remain.