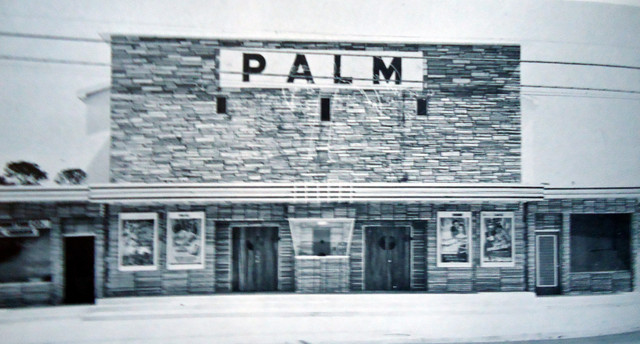 The Palm Theatre opened in 1955, with a large, but plainly decorated auditorium, that had a small balcony. It opened showing first-run features on its 50 feet wide screen.

In 1979, the Palm Theatre was closed for a much-needed renovation. It reopened the next year with "The Empire Strikes Back".

In 1988, the auditorium was twinned and the theater’s name changed to the Picture Show. It also began to show second-run films.

In 1998, just hours after a screening of "Lethal Weapon 4", a fire broke out, burning the Picture Show to the ground. Fade out …