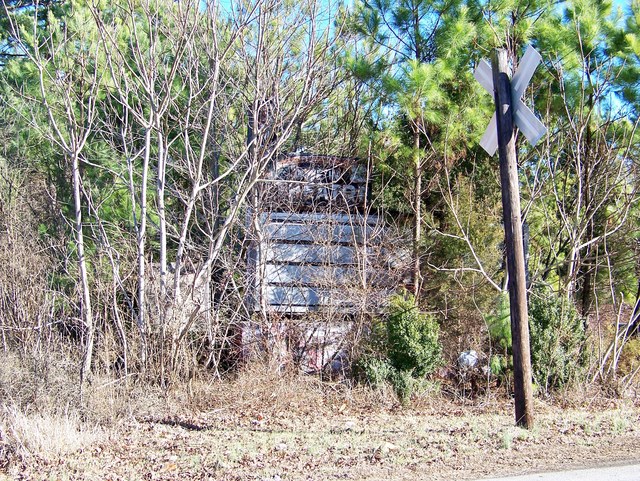 This drive-in parked 200 cars in the late-1950’s, and was owned by Jerry Mundy. I never got a paycheck here but worked a week or so helping out my cousin Ray Rogers. I guess my pay for a 16-year-old were hamburgers out of the concessions and cokes. Really a love of theatres and movies was the main reason.

I enjoyed changing the marquee, working the boxoffice, and getting to make a changeover when Norman the projectionist had to rush to the toilet. That will be explained later in this interview with Ray Rogers who gave CT a great interview on his Four Seasons Cinemas!

Mike: Well, Ray, you sorta ran the Joy Drive-In in Hendersonville. How was it on your own?

Ray: Well, having heard the history of Tri-City Drive-In, I sorta wanted to stay at the Carolina. I took over a theatre where the booth and snack bar burned down previously. So as theatre owners will do, an old building on the lot was used for the concession.

Mike: I remember those "out houses."

Ray: Yep, tacky, but the restrooms were in a small building between the concession and box office.

Mike: And the booth.

Ray: Like you said the booth had no toilet nearby making it hard on a projectionist.

Mike: Lucky they were non-union!

Ray: You made a changeover there you said.

Mike: The movie was "Hombre" the 2nd or 3rd feature, and Norman yells up, "Mike, I gotta go "bleep" real bad…come here and let me show you about a changeover!"

Ray: Wonder where I was at?

Mike: Don’t know. But he explains the cue marks. At least I knew what he was talking about. So off he runs and I’m watching. Cue mark-hit it-cue mark-hit it! Picture hit the screen and I gave myself an 80 for it. I did have to frame the picture. But not bad for a rookie!

Ray: Like the Joy Drive-In; the old Tri-City booth and snack bar had the booth on top of the concession. They talked like they do about rebuilding and even moving the box office but never did while I was there.

Mike: I remember a small booth.

Roy: It might have been a trailer, I can’t remember. It was just big enough to hold two projectors, amplifer, a rewind table and 20 minute reels. The rectifiers for carbon arc made changeovers fun.

Mike: I remember one weekend we ran 4 films starting with "True Grit" "Elvis on Tour" "Pretty Maids All In A Row" and the x-rated "Sex Lives of Adam and Eve."

Ray: How do you remember that?

Mike: I told you I’d remember.

Ray: Well, the Tri-City ran family films Wednesday thru Saturday and adult movies Sunday thru Tuesday during the fall, winter, and spring. Summer was family fare.

Mike: I remember going to Charlotte to see your booker once.

Ray: I made a few trips over there about movies; you know some bookers seem to know it all about smaller towns. The Tri-City Drive-in wasn’t that bad really. It’s all but gone now. Oh, plans were for the projectors from the Joy Drive-In to be shipped to Tri-City for use in the drive-in sometime after I left!

Nick, thanks for the help with the interview.

This is closed, but it is not demolished. Located at the intersection of W. Main Street(Routes 74 & 221) and North State Road(credit to SiliconSam). Screen, marquee, speaker poles still stand.

I will let Ray know. Sounds like someone could make a go it if it hasn’t been stipped in the booth. The old booth i wrote about use to be almost on the middle section real close to the screen.

Hi Mike, cool story.
Yeah most people don’t know about changeovers, or cue marks. I used to hate telling them abbout cue mark. Once you see notice them and know they’re there, you always see them. We used to have a little tool for enhancing them or making our own that would just remove the emulsion in a small ring. To be honest, what with the popularity of automation, I’m not sure if they still put them on the reels. I haven’t been in a booth in 25 years.

I wouldn’t think they would need cue marks,but that story was true.I think after that they put a 5 gallon plaster bucket in the booth.The life of a Projectionist!

Wow,I found a Movie for the Drive-in,“THE BABYSITTER” opens Jan.7 1970.No classic.

I think this might have been a BLUEBIRD THEATRE a small Carolina circuit.

Approx. address for this drive-in was 129 N State Rd.