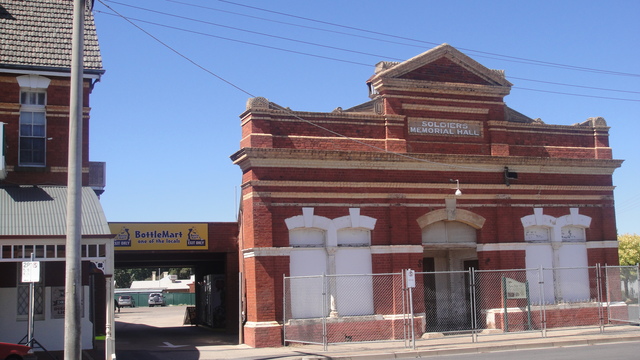 Located in the central north-eastern Victoria town of Euroa. The Public Hall was built in 1884, and was first used as a market hall and for retail use. It has an attractive red-brick facade, with a decorated pediment centrally placed above the entrance. It is loccated opposite Euroa Railway Station at the corner of Railway Street and McGuinness Street, next to the Euroa Hotel.

The building was re-named Soldiers Memorial Hall in 1920, and by 1952, was being used as a cinema.

In 2010, the building has been closed for several years, and is in a state of disrepair, with barriers surrounding it, to protect from falling brickwork.