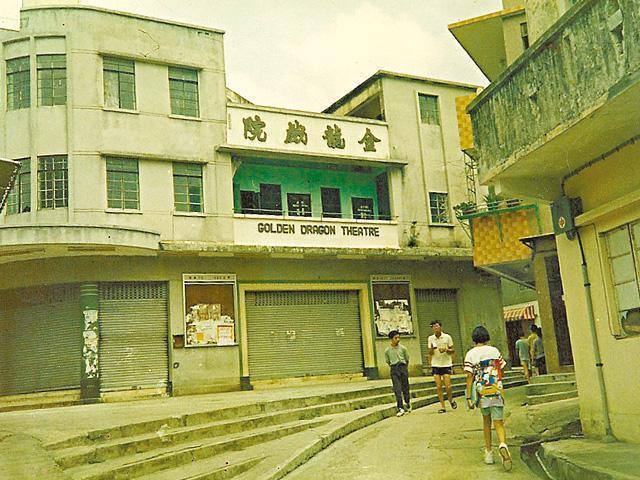 The Dragon Gate Theatre was a small neighbourhood cinema in the outlying island of Cheung Chau in the south western part of the Hong Kong waters.

The exact opening date of the theatre is unknown and probably opened to business in 1956 or 1957.

In the early-1960’s, the theatre renamed as the Golden Dragon Theatre and showed selected films at reduced prices until its closure in the late-1970’s or the early-1980’s.

The exact English name of the theatre is currently unavailable, and the name Golden Gate and Golden Dragon are literally translated from its former and latter Chinese names.

The theatre has been demolished and low-rise residential buildings were built on the site of the theatre.