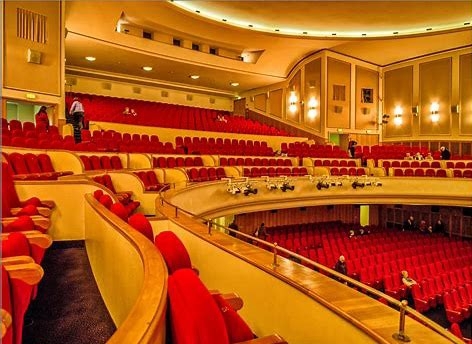 Opened on 18th October 1928, the Lichtburg Spielhaus is one of Germany’s important cinemas. It originally had a seating capacity of 2,000, with 1,400 seats in the orchestra stalls and 600 seats in the balcony. It was equipped with a Wurlitzer 2Manual/5Ranks organ. The Lichtburg suffered bomb damage in March 1943, and again in October 1944, which closed the cinema.

In 1951 it was rebuilt and renovated to the plans of architects Curt Bucerius and Fritz Bornke of Essen. Interior decorations designed by Carlos Dudek of Hamburg, include four circular features in the ceiling, which contain concealed lighting. It was re-opened on 17th August 1948 with 1,657 seats. The Lichtburg was the site of many film galas in the 1950’s, still hosts premieres today.

The Lichtburg underwent a restoration in 2002-2004 under the direction of the architectural firm Miksch & Rucker of Dussledorf.