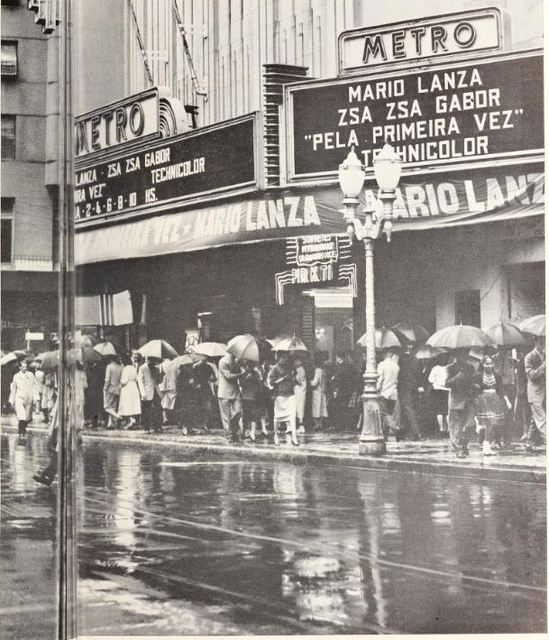 Located in the Tijucana district of Rio de Janeiro. The Cine Metro-Tijuca was one of three cinemas in the city built for and operated by Loew’s Inc./MGM, the others being the Cinema Metro-Passeio in the central Cinelandia district and the Cine Metro-Copacabana.

The Cine Metro-Tijuca was opened in 1941, and was a large cinema, designed by architect Robert R. Prentice, who was assisted by Hungarian architect Adalberto Szilard. It had a typical ‘Metro’ vertical sign in a style that was used on Loew’s theatres throughout the USA and in foreign countries.

Loew’s Inc./MGM operated it until around 1970, when it was taken over by C.I.C.(Cinema International Corporation). It was closed and demolished in 1977.