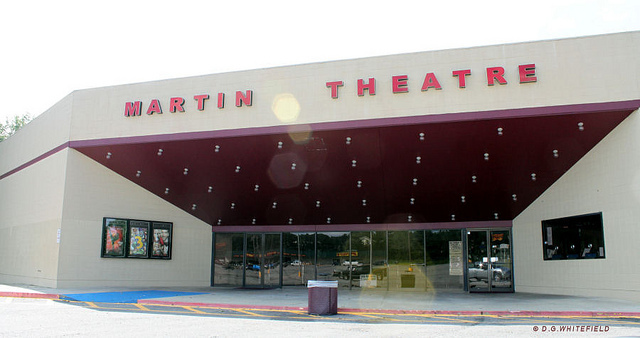 The Carmike Martin 3 is located in the Northgate Shopping Center and opened in 1980. It was closed November 5, 2015.

Original address showed the entire southern half of the United States on Google.

Carmike Cinemas, Inc. is a premiere motion picture exhibitor in the United States with 283 theaters and 2,427 screens in 37 states, as of March 31, 2007. Carmike’s focus for its theater locations is small to mid-sized communities with populations of fewer than 100,000.

Carmike Cinemas has enjoyed continued success and growth in the 20th century and looks forward to the prospects the 21st century has to offer. Carmike Cinemas is proud to bring America’s hometowns today and tomorrow’s movies.