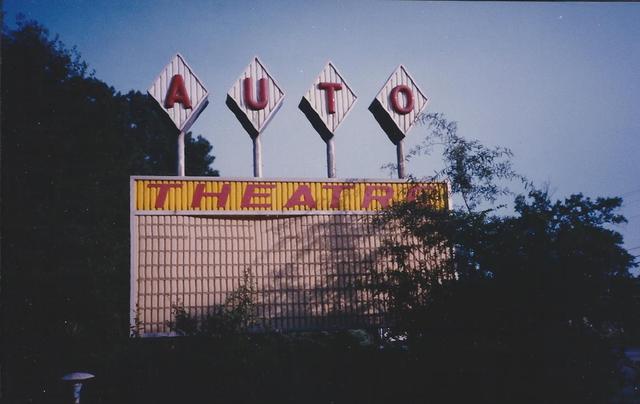 The first drive-in to open in Greenwood, SC was the Auto Theatre. The drive-in was opened in 1945. It was listed as open on April 21, 1946, but no movies were listed along with no opening date. It was open on April 23, 1948 featuring the 1948 adventure “Tarzan and the Leopard Women” with Johnny Weissmuller, Brenda Joyce and Johnny Sheffield. It was opened by A.T. Livingston and Olin Turner with a capacity for 250 cars. It also featured a playground for the children and bleachers for people who did not want to sit in their car. Pete Zouras leased the drive-in from the Turner family in 1954. Pete said “he wanted to expand his theatre horizons”. Pete bought the theatre equipment from Livingstone’s widow when here husband died a few years later. Pete made the comment in 1993 that “When I got into it in 1954, it was kind of slow going. It was kind of a struggle to build up business and took us three years to expand the business”. Pete said “really our best years were the 1960’s and 1970’s. Those were the best years we had” He also commented in 1993 the most successful movie by far was “Walking Tall” which would still be playing yet today if he hadn’t pulled it after five weeks".

In the late-1950’s and early-1960’s, Pete, along with Mario Ackerman, who was operating the Hi-Way 25 Drive-In at that time, were fighting to change the interpretation of the South Carolina blue laws about screening movies on a Sunday. During that time period a lot of drive-in operators and owners got arrested for screening movies on a Sunday. per the blue law. Their logic was that a law passed in 1712 does not apply to something that was not invented until the 20th century. So after operating the Auto Theatre for 32 years and since his lease on the drive-in was up in October 1986, Pete decided it was time for him to retire at the end of the drive-in season. He commented “I was it, janitor, owner, manager, you name it, and I did it all. I was ready to retire”. He sold the theatre equipment back to Virginia Turner. The Auto Theatre was reopened briefly on July 1, 1999 by Martin and Marsha Murray. Apparently they must have had problems with running it because it was only open for about five weeks and it was closed again.

The Auto Drive-In reopened on April 30, 2009 by new owners, Tommy and Carolyn McCutcheon who purchased the drive-in from the Turner family. It was reopened with many improvements which included increasing the car capacity to 500 cars and adding a second screen tower in 2011. The second screen tower was erected in time for the first screening of “Pirates of the Caribbean:On Stanger Tides”. Also there were plans for installing a third screen tower, which was added in 2017.. The drive-in boasts the largest screens on the east coast. Tommy and Carolyn McCutcheon have made the drive-in shine with all the accomplishments they have made. The drive-in has digital projection and sound, menus for early-birds, so you can have a dinner and a movie. They also show the latest attractions. The Auto Drive-In is open all year round.

I knew when i visited it while it was closed that the screen was new.I have pictures of it closed,but sadly,no way to get them on CT.

i have several pictures of the Auto drive-in.the screen was one the best I had ever seen.

DId we ever find out about the second DRive -in a local there told me they had two Drive-ins.

Mike, according to a Facebook Greenwood group, there was another Drive In theater where KMart is now located.

I work at Greenwood Cinema 10, but want to see a drive in movie here one day. I have never seen one. I saw awhile back some college group from Augusta came to see a movie here .

This from a 1958 listing for Greenwood,SC

I’ve been to this Drive In a few times. I don’t like the rules about bringing in outside food (it’s forbidden unless you pay an extra 10 dollars), the line at the concession is long and the food since it is Cooked to order takes awhile. Aside from that it is organized, shows movies that are current, and fun for the family. Thumbs up.

In their YouTube video, published in 2014 and shot before digital projection, a banner on the concession building says “Showing movies since 1945”.

On a probably unrelated note, the McCutcheons took a couple of months off at the beginning of this year. They told the Greenwood Index-Journal, “since 2010, we’ve been open 52 weeks out of the year and it’s hard to visit people when you only have two days off.”

Since the Internet Archive is having trouble saving the Auto Drive-In’s official history page, (which happens to be one of the best official drive-in histories that I’ve read), here’s what it says as I type:

The Drive In, with only its original screen, opened for its first season in 1945 and played until 1955 under the eyes of Olin Turner. Pete Zouras took over in 1955 and replaced the screen with a new state-of-the-art Screen Tower. Just in time to play Walking Tall! Pete stayed until the mid 1980’s. It’s a point of pride to us to know that Pete never played an “X” rated movie at this drive in, and instead chose to close with a showing of King Kong. The Screen remained dark until the summer of 1999 when it ran for 4 or 5 weeks. The highlight of that run was a showing of Will Smith’s Wild Wild West. Unfortunately, the drive in went dark again after that.

Then, along came Tommy and Carolyn (Mom and Pop). They had been in the restaurant business for 27 years when on the way to work in 2007, they noticed some profanity sprayed onto the sign. After covering up the profanity, they saw what terrible condition the drive in was in, and decided to call the owners to see what the trouble was! The owner came over and after a ten cent tour they went on about their day, but a dream had planted its seed in their minds. 3 months later, the renovation began, and went on for almost a year. In 2009 the drive in opened again and has been playing movies ever since. In 2011, the second screen was added. In 2014, the drive in successfully managed to convert to digital projection and sound! In 2015, we added a third screen! In 2017, we put the patio over the concessions stand. In 2018, we expanded the women’s bathroom to double its previous capacity! This year, we’ve begun work on sprucing up the men’s restrooms.