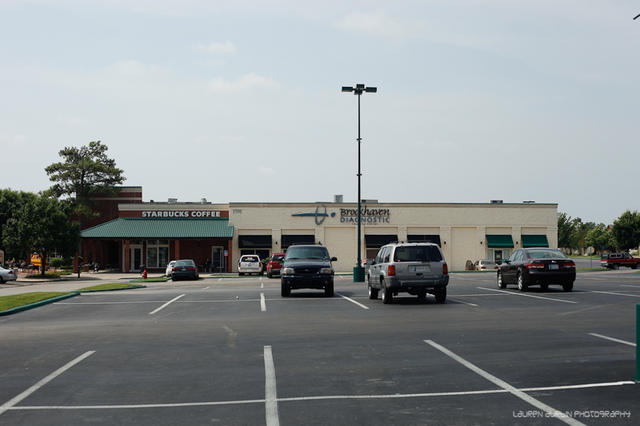 According to recent photos found on Roadside Oklahomma web site, a Starbucks Coffee House now occupies the former lobby space of the Village 6 Cinemas. Looks as if auditorium areas are now retail shops.

Please feel free to add any facts you may havea on this former cinema.

This is the web site mentioned above;
http://www.roadsideoklahoma.com/node/1196

Previously owned or operated by:

Not sure of the opening date, but the theatre was operating in the mid-1980s as a Commonwealth Theatres house, taken over by United Artists in the early 1990s.

Opened June 1984 as a four-plex under Commonwealth Theaters. Anchor for the Brookhaven Village Shopping Center.

Expanded to a six-plex in 1986. Acquired by United Artists in 1988. Operated as a first-run for at least 12 years. Became a discount theater after the Spotlight 14 opened in 1998. Shuttered sometime after 2000.