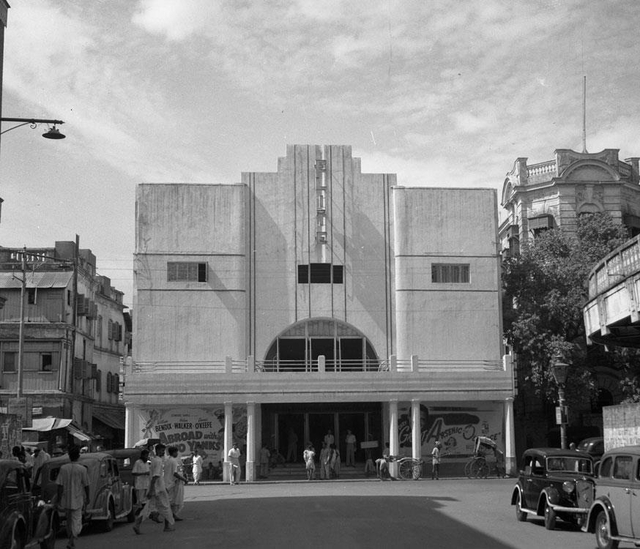 Originally opened prior to 1915 as the Palace of Varieties. In 1938, it was re-named Elite Cinema.

It was re-modelled in an Art Deco style to the plans of British architect M.A. Riddley Abbott, and completed in 1948 by local architect John Berchmans Fernandes following the death of Ridley Abbott. The Elite Cinema re-opened in 1950 with John Wayne in "Red River". The exterior of the building has a slim tower feature, and moulded deco bands across the façade. Inside the auditorium, there were concealed lighting troughs in the ceiling, and seating was provided in stalls and circle levels.

In around 1955, it was taken over by 20th Century Fox Corp. as the showcase cinema for their films in Calcutta. The original proscenium was removed and a new wide proscenium was built.

The Elite theatre was closed on first June 2018.