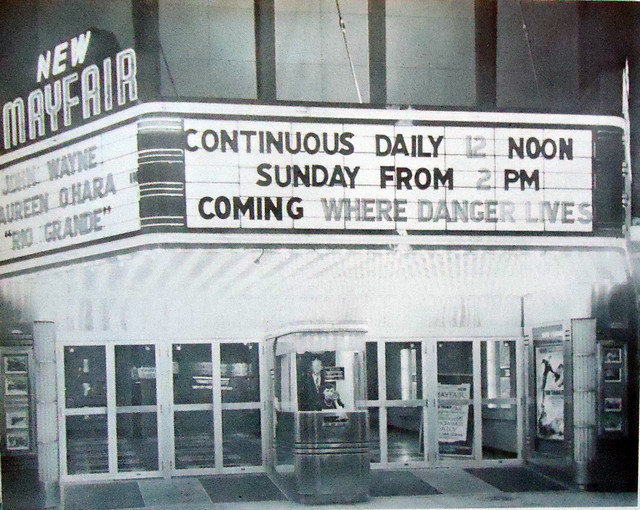 In 1937, it was renamed Mayfair Theatre, and in 1950, it was remodeled again to the plans of architect Phillip Mastrin, reopening on June 7, 1950 as the New Mayfair Theatre. The theatre was given a new facade of baked enamel & glass. Inside the auditorium, seating was still provided on a single floor and was reduced to 804. A series of six square columns along the side-walls had the panels in-between covered with the patterned wallpaper. There was an ornamental surround to the ceiling, and on each side of the proscenium were decorative murals depicting an animal and plants.

The New Mayfair Theatre was closed in the 1960’s.

The early part of the history of the Coliseum Theatre was researched by theatre historan, the late Irvin R. Glazer.