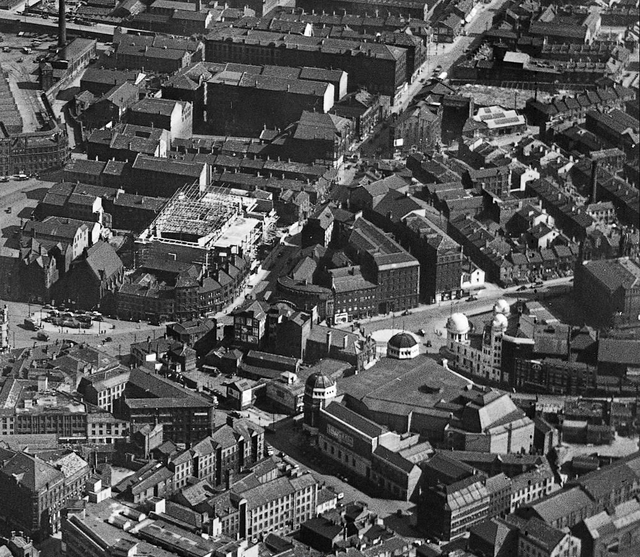 24 May 1938: this shot captures the Odeon during its construction, before the roof went on the auditorium.

The framework for the Odeon’s roof is (mostly) in place. This is almost the same angle as the other aerial view of the Odeon before the wrecker’s ball set to work on it 30+ years later.

Also in this shot are: the New Victoria (as it would have been at the time) showing very clearly the Thornton Road element which had the restaurant at ground level and the ballroom above; the white domes of the Alhambra are beyond the New Vic; and the white façade of the principal entrance to the Prince’s Theatre is beyond the domes (the theatre auditorium is the large building practically at Manchester Road.

The screen end of the Morley Street Picture House’s auditorium is visible, backing against the rear of the Alhambra’s stage.