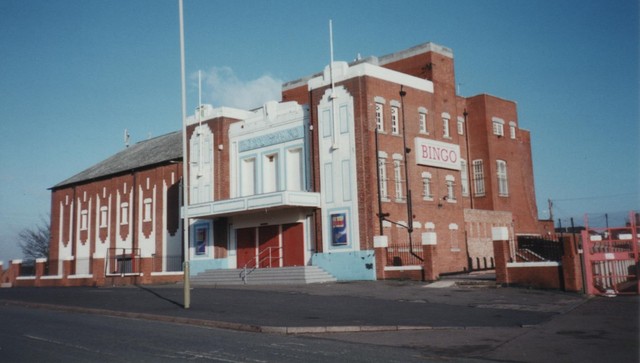 Located on Fullhurst Avenue, just off Narborough Road in the Rowley Fields district to the southwest of the city centre. The Roxy Kinema opened on 3rd August 1936 with George Arliss in "The Guvnor" and Billy Merrin in "Cheerio". It was a large ‘stand-alone’ cinema which was set back a little from the road. The entrance was at the right of the building, with the auditorium running parallel to the road on the left-hand side. Seating was provided in stalls and circle levels. It had a free car park for the convenience of its patrons.

The Roxy Kinema was operated by the same company who operated the Evington Cinema. It was closed in 1969, and was converted into a bingo club. Later taken over by the Rank Organisation, it became a Top Rank Bingo Club, which closed in 2000. On 12th December 2002, the empty building was destroyed by a fire, attended by 13 fire engines.

The Merridale Medical Centre has been built on the site.

A view of the exterior of the cinema taken in the 1990’s can be seen here.