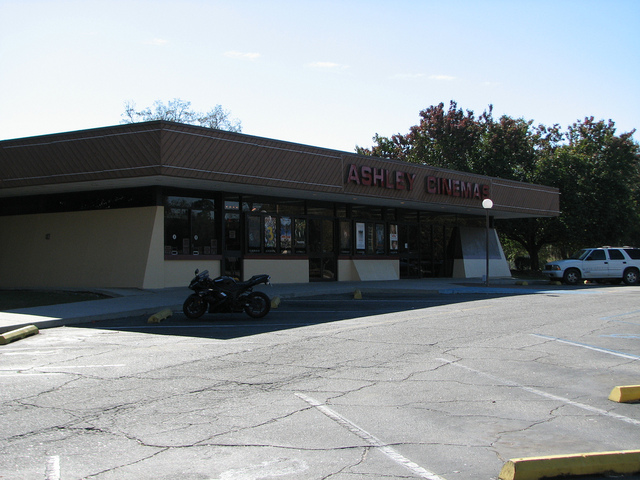 The Ashley Cinemas is located in the north end of town. It appears to be your typical 1980’s-era multiplex, with lots of exposed incadescent bulbs and whatnot. It was opened in 1979 by Litchfield Theatres, but was handed over to United Artists in 1987.

Ashley Cinemas has officially closed since this past Sunday. Valdosta Daily Times reported this last Friday.

I wrote a report of my visit on its last night: