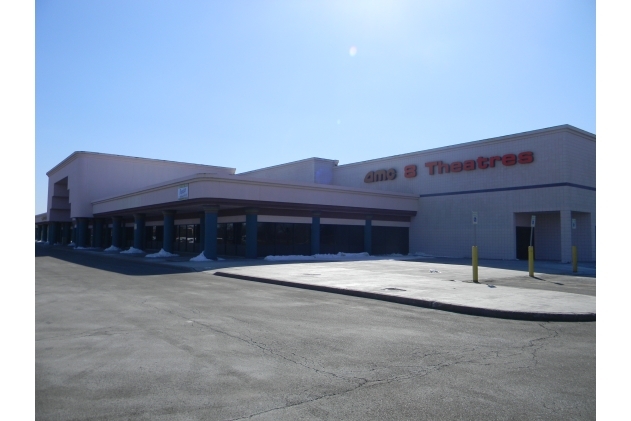 It hasn’t upgraded to stadium seating, although Theatre #2 has digital projection for 3D showing some signs of confidence from AMC. They have yet to do a full digital upgrade.

In truth upgrading it to stadium seating would present many limitations – the projection booths are a few steps up – there’s no height to pull it off without gutting the place. The seats also appear to be original as well. The theater also never received an upgrade to the AMC of the 90’s look (white, blue, pink) and still has it’s 1980’s charm (dark red, light browns). The staff/management keep the place spotless. The theater also is experimenting with different price structures – last summer all shows Monday-Thursday were $4.50, now they are discounting M-Th adult admission to $6.75 with Fri-Sun at $9.

It still holds its own being close to University at Buffalo’s North Campus (although the school runs free midnight movies at the Dipson’s Amherst Theater on Saturday across from UB South) – although I wish AMC would retreat from the market altogether and for Dipson to take over its lease as I think a more localized approach to the film programing would lead to a more interesting movie selection.

True, this theater has the old 1980’s look. As there are no stadium theaters nearby, I think the Maple Ridge is a safe bet to remain open for now. They no longer advertise in the newspaper, need to check out IMDB to see what is playing here.

I’d say so – AMC converted the place to all digital (although not Sony 4K digital, oddly enough – I suspect Regal has gone full Sony 4K at least at Transit, Galleria and Quaker Crossing). The only strange thing is AMC otherwise withdraw from Buffalo, giving up all the sites they inherited from General Cinema (University closed, Galleria went to Regal, McKinley went to Dipson) – this is the only hold out, an original 1980’s AMC at that, 10 years after they sold off many theaters of this era.

With that said – Niagara Falls Boulevard in Amherst would be an excellent place for a multiplex, what with that UB2020 scam just passed (which calls for building the University via rapidly raising tuition and implementing strange new fees the administration can’t justify like the “Academic Excellence Fee”) – if UB expands in Amherst as some developers like American Campus Communities are betting on with new properties – is a 10-14 plex in Amherst out of the question?

Just went to see “42” here yesterday and the theatre is plastered with signing for an upcoming renovation project, including AMC’s new recliner seating and the Coke Freestyle concession upgrade.

It appears the renovation I described above has started, as they currently only have enough films booked for 4 of 8 screens (which would make logical sense, as the theatre is essentially 2 wings of 4 theatres each).

I visited tonight for Oblivion – the left side is closed, they temporarily moved over the ticket counter, not much on the left side has been done thus far (the lobby remains in tact, but it’s now a “hard hat area”). This week and next only four films are on the schedule.

Maple Ridge as of late has seen some new businesses open up near AMC – on a recent Saturday night I observed quite a crowd (mostly UB folks) at the cafes and restaurants in the plaza next to AMC, which had been empty just a few years ago when I first moved to Buffalo. AMC, since the infusion of capital to renovate theaters (from new owners Wanda Group) has been refreshing older theaters with these leather recliners. It appears this is AMC’s new business model: smaller and more luxurious complexes. I think the leather recliner may soon become the new standard, the way (p)leather seats have gone from a premium theaters like The Bridge (now Rave 18) in LA to a standard feature at a theater like Dipson Flix.

Totally renovated, with recliner seats, and reserved ticket sell-out shows. The last time we were there, an usher seated us. When was the last time you experienced that at a movie house?