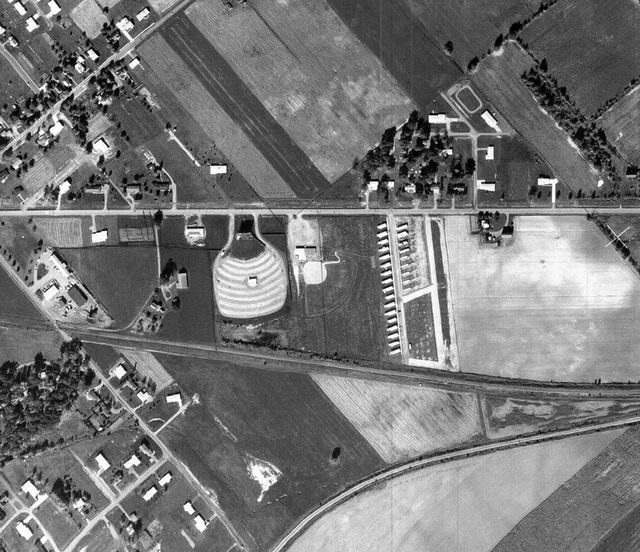 The Little Flower Drive-In opened on May 27, 1952. It was opened by George & Frieda Blossom and Albert Boudouris from Toledo, OH. using the business name of The Little Flower Drive-In Inc. Boudouris was the President of Theater Corporation of America and Theatre Operating Co. He also owned Eprad, Theatre Equipment Co. along with other theatre business interests. It had a car capacity of 300 cars. In the 1960’s they also featured electric in-a-car heaters on the weekends during winter time. This newest addition allowed them to open all year long.

On August 28, 1964, the 70 ft. x 50 ft. screen tower was blown over by strong winds and it was rebuilt. The Blossom’s sold the drive-in on September 10, 1971 to Olen F. Martin. Martin used his business name Ottawa Theatre Inc. located in Bucyrus, OH. The Little Flower Drive-In screened movies until August of 1979 when it closed. The drive-in was demolished and the property redeveloped for retail. There is a Chevrolet dealership on the property now.

Boy those Car Capacity figures at drive-ins,seems like almost every other one is Different.

Need an addrees or crossroads, more info and photos.