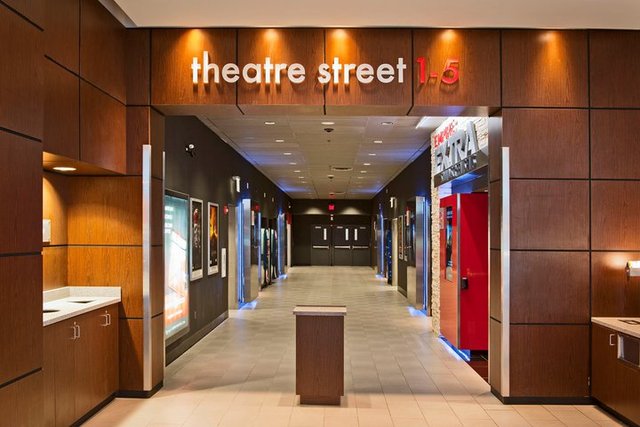 This theatre opened in 1985 by Canadian Multiscreen Theatres with 6 screens seating 1,115. Empire Theatres took over operations in the early-1990’s and the theatre was renovated and expanded to 8 screens.

The seating was then listed at 1,650 with the smallest auditorium seating 112 and the largest 326. The theatre featured stadium seating, digital projection and sound, digital 3D and Reel Deal Discount Tuesdays.

From Summer 2011 to February 2012, the building was totally gutted with new auditoriums. It was renamed Empire Theatres Dieppe. In 2013 it was taken over by Cineplex Entertainment.

Here is a photo of the Empire Extra auditorium.

Now part of the Cineplex Cinemas family. It got an UltraAVX on its auditoriums.