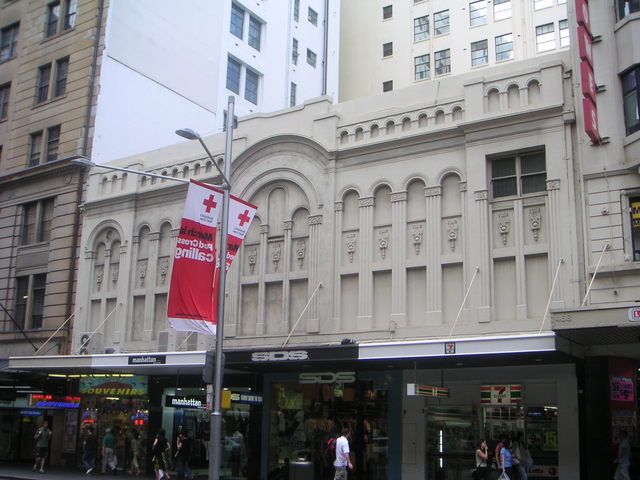 Located on George Street near the corner of Market Street in Sydney city centre. The Globe Theatre was opened in 1915, and was operated by Waddingtons Pictures. The exterior in a Renaissance/Moorish style originally had a huge globe surmounted on top of the central pediment of the building. Seating was provided in stalls and balcony levels.

It was taken over by the Greater Union Theatres chain in 1921, and its biggest hit came in 1922, when Rudolph Valentino in “The Sheik” played for 26 weeks.

The Globe Theatre was closed in 1924, when a new floor was erected across the building at the level of the former balcony, and the upper area became a radio studio, while the ground floor became retail use. The huge globe on top of the building was removed at this time.

Today the building is in retail use.