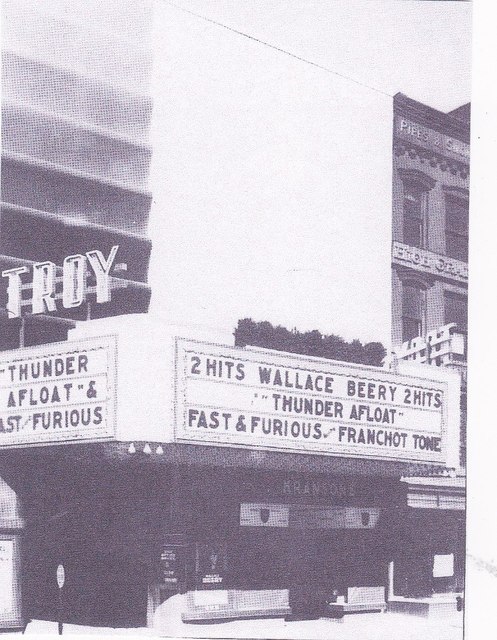 A victim of urban renewal, the city condemned several blocks, one of which included the theatre, in the very early-1970’s. It was unceremoniously demolished in April 1973. In the urban renewal plan, River Sreet was re-routed and now covers over the plot of land where the Troy Theatre sat.

Opened February 21, 1923 with 2,000 patrons but just 1,934 seats showing “My American Wife” with Gloria Swanson. The theater closed in 1967. It was razed in April of 1973 in a demolition that went a awry damaging another building. Its demolition was for the Uncle Sam Mall project that became the Uncle Sam Atrium / glass box building.