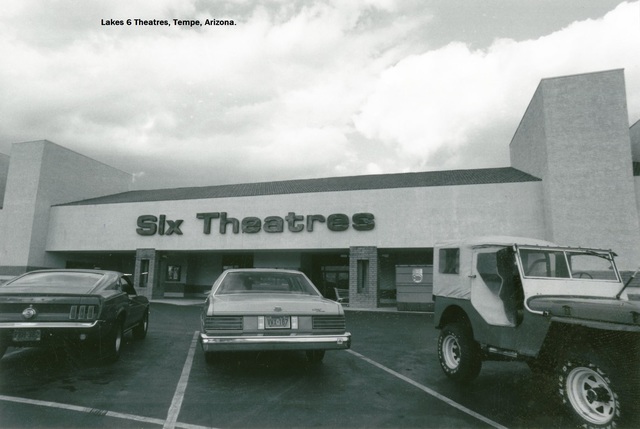 I took in a few movies at this theater during the 80’s and early 90’s. It was a nice theater, nothing fancy. Fee’s middle school used to take their students here as a reward during the school year until it closed. Nearly all of the theaters of my college days are now gone. Am I that old? Hardly any independent theaters left in the East Valley. Well, Tempe cinemas is still open.

This stopped appearing in the Arizona Republic after 5/6/1999.

Also, scanning the newspaper archives throughout the 80’s I see no evidence this was operated by Mann, but cannot say with 100% certainty that Mann did not ever operate it. It was opened by AMC in 1979 and closed by AMC in 1999 so my assumption is that AMC had it the entire 20 years.