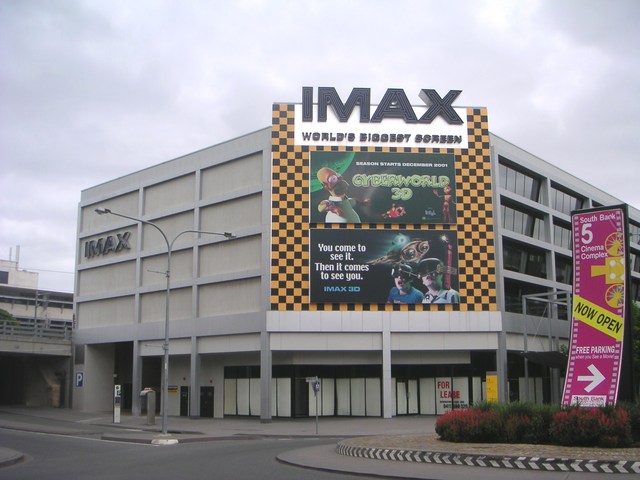 Located in South Brisbane at the corner of Grey Street and Ernest Street. Screen 5 is the former Brisbane IMAX auditorium which was closed in early-2003. It was taken over by Cineplex Australia on 4th December 2003. Using the original 25 metre wide screen (the largest in Queensland), it is no longer an official IMAX theatre, and is called the ‘MAX’ screen and has 475 seats. The other four screens in an adjacent building are conventional auditoriums with stadium seating for 117, 163, 193 and 230.