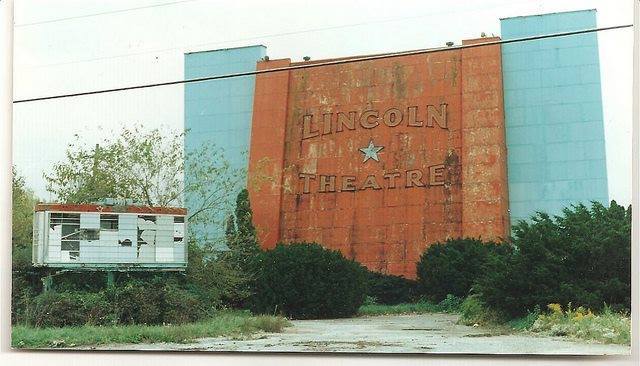 The site is now used as a lorry park.

Approx. address for this drive-in was 4800 Lincoln Highway West.

is the sign still standing? i recall seeing it in the past but havent been out that way in a while

no, it was demolished in the mid 90’s

I’m trying to get CT to change the address. This is a York address not Thomasville which is unincorporated. May make it easier for people to look up.

The first show for the Lincoln Drive-In appears to be on June 11, 1949 with Roy Rogers “On the Old Spanish Trail” when its first advertisements appear and run regularly to what appears to be its final showing on November 14, 1971. The final screenings are “Murder of Rue Morgue,” “Scream and Scream Again,” and “The Incredible 2-Headed Transplant.” If the closing features are correct, that’s a noble way for an ozoner to go. And for several years, the Lincoln Drive-In advertises a weekend flea market following its termination of outdoor films. 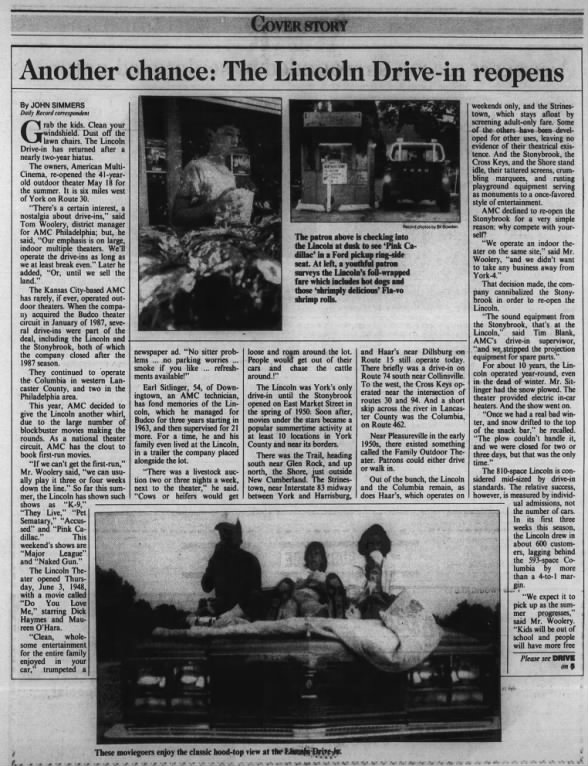 Who said AMC does no drive-ins?

Imagine my surprise to see the above newspaper article. I wrote it, when I was a correspondent for the York Daily Record. As a theater buff, it was a lot of fun researching the history of the Lincoln and talking to people who’d been a part of it, particularly Earl Sitlinger, who’d managed it back in its heyday and had some great stories. The article went to a jump page not seen here but the gist of it is what you see above.

Closed after the 1989 single-year relaunch. Torn down January 1997.