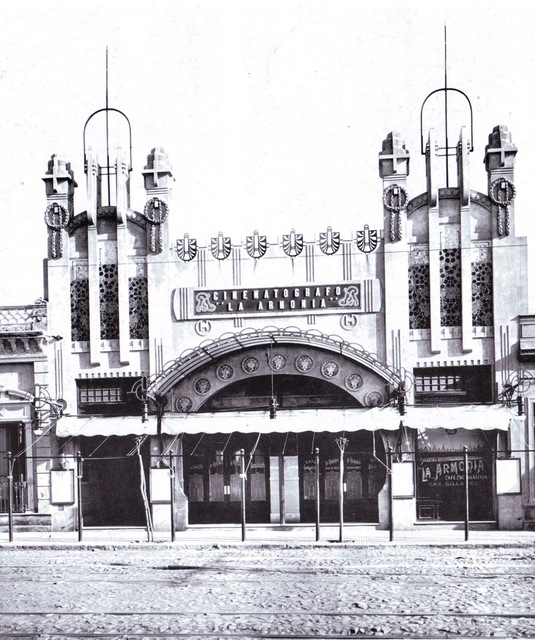 The most Wagnerian (Otto Wagner) of all the architects working in Buenos Aries at the beginning of the 20th century was Julian Garcia Nunez, a major figure associated with modernism in Argentina. His Cinematograph La Armonia, built in 1910, had a similar style utilized by Wagner in the Karlplatz metro station Vienna, Austria. It was later re-named Cine Lumiere and Teatro Casseaux.