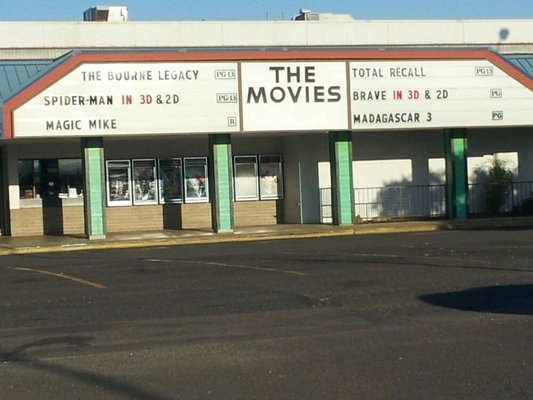 Cinemark opened the Movies 6 on April 1, 1981 with the usual amenities of that time. The theatre plays first run attractions

It’s a decent theater, nothing spectacular, but they put new seats in if I recall (I think they were the old seats from Tinseltown in Medford). I’ve been going here on and off for the last 20 years, seen many a' movie here.

Did Cinemark actually open this in 1981 or did somebody else?

I’m pretty sure it was opened by someone else. It looks like Cinemark has been around since 1984. I don’t remember who owned it prior to them. I may go to the library and see if I can scour their microfilm (if they have it) around the year it opened and see if I can find something. We moved to Southern Oregon in 1989, and started going there on and off since around then. It’s always been kind of a hole in the wall theater, but fine.

Lee Roy Mitchell (founder of Cinemark) did operate theatres before naming the company Cinemark. So it’s possible his company ran it before officially becoming Cinemark.