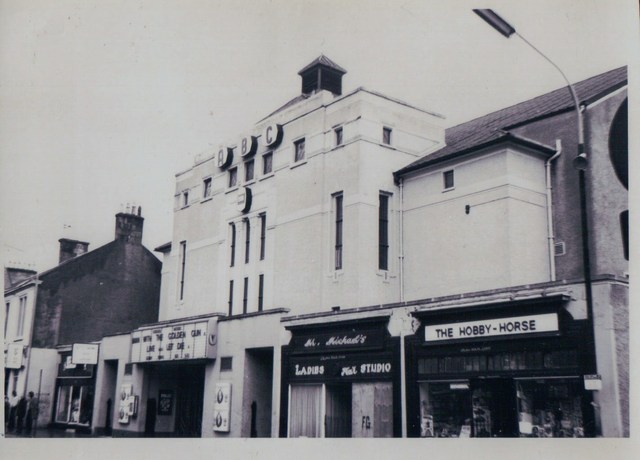 Located at the corner of Townshead Street and Blackswell Lane in the centre of Hamilton, South Lanarkshire. The Regal Cinema was built by Associated British Cinemas(ABC) and opened on 17th August 1931. It was designed in an Art Deco style by architect Charles J. McNair and had a seating capacity for 1,800 in stalls and balcony levels. The auditorium was in a semi-Atmospheric style, with large arches on each of the side splay-walls containing landscape murals.

In June 1937, it was closed for the re-construction (extension) of the balcony, to the designs of architect Alec Cullen, and re-opened on 23rd September 1937 with 2,023 seats.

The Regal Cinema was re-named ABC from 27th August 1962. The ABC was closed by a fire on 23rd September 1976. The building lay derelict until it was demolished in February 2006.