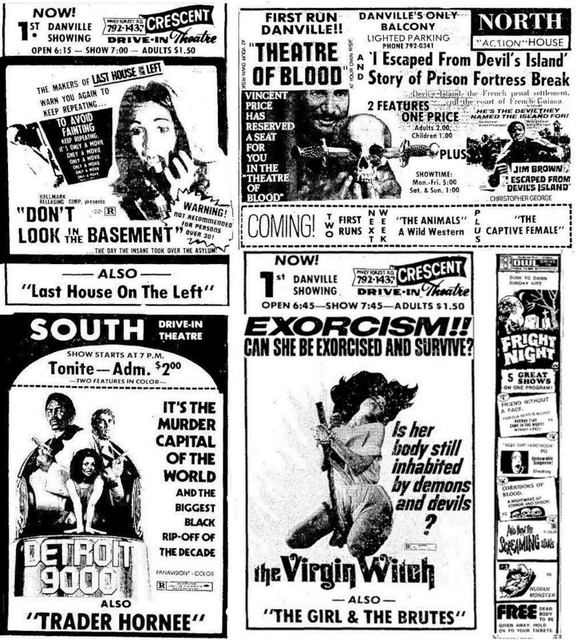 There is an ad for the Owl on the far right with the Crescent at the top left. Two different theaters, I think.

The Owl Drive-In was definitely not the Crescent Drive-In. In fact, it wasn’t even in Danville!

Checking the zip code “24586”— not a Danville zip code— shows the Owl Drive-In was actually in Ringgold, VA. Ringgold is a smaller town in Pittsylvania Co. about 20 minutes' drive from Danville.

I grew up in Danville and was living there and avidly going to movies during this period, and I don’t recall this theater at all.

I suspect this ad grouping was separate ads representative of theaters in that area from some point in 1973, but doesn’t actually reproduce a movie listing page from one of the Danville papers.