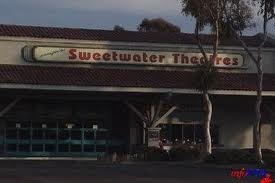 Located in the southern-most area of California, only a few miles from the US/Mexico border.

A nice sixplex originally, this place had a rough opening in 1983. A reel was missing from one of its “Return of the Jedi” prints. Rather than make an announcement, however, management decided to let the film play as is and hope for the best. Things got ugly enough for the story to wind up on the evening news. Disgruntled fans, of course, were given another showing.

Although prestigious road show houses had long since used ticket agencies to similar purpose, this was one of the first multiplexes in San Diego County to have computerized ticketing from its own box office that was capable of beyond same-day advanced sales.

At one point, did this use to be an AMC theater in the late 80’s early 90’s? I remember the name you mentioned, “pacific 6 theaters” but from my memory, it was a lot bigger. Any thought(s)? Thanks in Advance :)

No, this was NEVER an AMC Theater. It was Pacific 6 as it started with six screens. Then three more were added during its final years.

I saw Return of the Jedi four times in that theater! Twice in the first year of its initial release (August 1983 and January 1984); during its 1985 re-release; and the Special Edition in 1997!